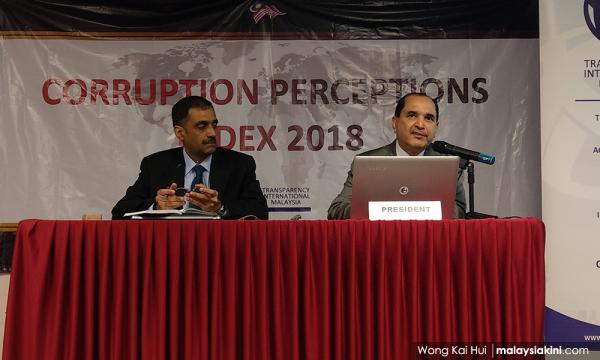 Malaysia moves up a notch in 2018 TI corruption index

Transparency International today released its 2018 Corruption Perception Index (CPI), with Malaysia scoring an unchanged 47 points from 2017, but improving its ranking by one notch from to 61 among 180 countries.

"The ranking depends on the overall performance of all the 180 countries. Japan also maintained the same score, but their ranking improved two steps...