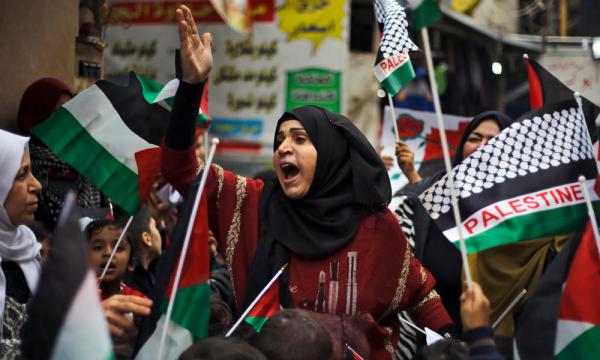 YOURSAY | ‘So, when are we standing up to the Saudis?’

David Dass: Is it not possible to protest and condemn Israel’s treatment of Palestinians and the occupation of their land but still admit Israeli para swimmers into the country?

These swimmers are not the people we condemn. And perhaps we should not bring politics into sports.

The situation is complex. Our leaders must also reflect on the fact that some Arab countries recognise Israel and have diplomatic relations with them.

Mission Accomplished: Has it occurred to Youth and Sports Minister Syed Saddiq Syed Abdul Rahman that these para athletes have put in hours and hours to be in top shape for an international meet?

Why should Malaysia, or any other nation for that matter, deprive them of the chance to show the world the strength of their will despite their disabilities?

Jefferson76: In the past, I believe South Africa was banned from attending sporting events because of apartheid. Two factors applied.

First, there was an international consensus in the sporting fraternity. In this Paralympic swimming event, Malaysia is acting unilaterally.

Second, South Africa was preventing citizens of colour from representing it. Like a country unilaterally banning people based on colour. Neither of these applies to Malaysia or Israel.

Anonymous_1543386425: I can understand Syed Saddiq’s stand, as he is a minister and therefore must back Prime Minister Dr Mahathir Mohamad.

Regardless, Malaysia should take this even further, and not offer itself for any international sporting competitions or any event that Israel participates in – for the sake of consistency.

Parit Samsu Heng: In order for the ban to be even more effective, Syed Saddiq should also ban all countries which support Israel.

Why? If other countries support Israel, this means they do not respect your stand, right?

Hafidz Baharom: So, when are we standing up to the Saudis? Are we also boycotting the haj?

Anonymous_1531693563: Yes, do stand with your Palestinian brothers and sisters who get murdered, maimed and tortured.

Do stand with your Turkish brothers and sisters who are tortured, maimed and murdered by the Recep Tayyip Erdogan regime.

Why not stand with your brothers and sisters against the United States and United Kingdom who led invasions against Libya, Afghanistan, Syria, Iraq. Why not boycott them?

Why not boycott Myanmar and eject them from Asean in solidarity with the Rohingya?

The list is long, Syed Saddiq, so do not be selective. You need not look too far. Malaysia is just as guilty by discriminating against minorities.

If you want to be righteous, stand up for all oppressed nationalities, not just Muslim brothers and sisters. Then you will gain our respect.

LoveMalaysia2: The Palestinians have been infamously treated by the world powers since the collapse of the Ottoman Empire in the 19th century, but banning athletes from Israel from entering Malaysia does nothing to advance their cause.

Lepak: Taking shots at Israel has always been the low-risk, high-return modus operandi for local politicians to gain some unearned points, especially among the religious types.

And we know who Bersatu has been targeting to fatten itself up.

Anonymous 1689721435778173: Malaysia being dropped as host of the 2019 World Para Swimming Championships by the International Paralympic Committee (IPC) is justified. We deserve it.

Why do the politicians pander to the will of the extremists and fanatics of the supporters of PAS and Umno?

In this way, these people will forever remain close-minded and intolerant, hence protests against the International Convention on the Elimination of All Forms of Racial Discrimination (Icerd) and suchlike.

Rajenthiran (Raj) Narayanan: I am sorry, Prime Minister Dr Mahathir Mohamad. Many of us voted for your team hoping that bigotry and extremism can be thrown out, but sadly it does not seem to be the case.

I really don’t care about the Israeli government. I think their government is a selfish, bigoted lot who have no respect for human rights, but how can you take this out against the poor para athletes who just want to show that being disabled one does not prevent one from dreaming.

I am so embarrassed that we Malaysia have been found out to be a country that does not promote humanity, and more frustratingly, just for the sake of political mileage.

Anonymous 19811504508400: Now that the event is to be held in another country, will Malaysia be taking part, or boycott the event because of the presence of Israel?

Anonymous: Is this a wise move by the Harapan government? Now we have lost many opportunities, and Malaysia will be branded anti-Semitic in the eyes of the world. It does us no good.

Only religious types will be happy with such a boycott because it is consistent with religious perspective.

War crimes, human rights, etc, are lame excuses because we never boycott the US and its allies for sending the Middle East into the stone age, or Japan, for the atrocities they committed in Asian countries in World War Two.

Harapan, especially Bersatu, will benefit from this boycott – it has proven itself better at championing race and religion than Umno and PAS.

Just Sharing: The IPC made the right decision. Shame on us for muddling sports with politics. Sarawak lost a good tourism opportunity because of some bigoted decisions.

Our leaders must stand up for humanity first before race or religion. Sadly in Malaysia, race and religion always takes precedence to common sense.

Dr Suresh Kumar: I sympathise with not only the Palestinians, but also with Rohingyas, the Sri Lankan Tamils, the Yemenis, the Uighur Muslims – any people being suppressed anywhere.

But going overboard to support only one group is hypocritical and in bad taste, as we will be condemned by the world.

If we had at least ratified the Icerd, then maybe we could claim the moral high ground, but right in our own backyard, we can't even treat our minorities equally.