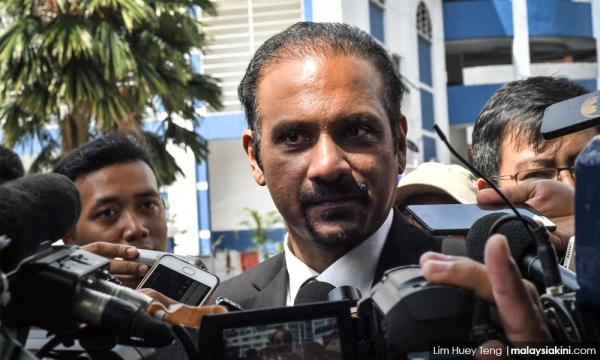 'Death sentence possible under drugs law, even if judge unconvinced'

DAP's Bukit Gelugor MP Ramkarpal Singh said today that the government, in mulling the abolition of the death penalty, should first consider a legal technicality in the Dangerous Drugs Act 1952 (DDA).

This technicality, Ramkarpal pointed out, could see judges send an accused to the gallows without being convinced of his or her guilt.

"Under the DDA, various presumptions are prescribed and are to be mandatorily applied upon proof of certain basic facts.

"So for instance, if drugs are found in a person’s bag, he is presumed to have knowledge of it even though that bag may have been packed by someone else.

"In such a scenario, the burden shifts to the accused, who has to rebut such presumption on a higher burden of proof compared to the usual raising of a mere reasonable doubt," he said in a statement.

Ramkarpal said such presumptions are easily triggered, after which the judge has no alternative but to presume the accused had knowledge of the drug.

"This basically results in a judge being forced to make certain findings which he might not necessarily believe in.

"Imposing such restrictions on judges by the imposition of such presumptions is dangerous, as a person may be sent to the gallows for a drug-related offence although the judge might not necessarily be convinced of his guilt," he said.

The DAP lawmaker said judges should not be rigidly tied to the legislation and be allowed to make decisions, especially when it comes to a matter of life and death for the accused.

"When the life of an accused person is at stake, the judge should be given the freedom to decide if the prosecution has proven its case beyond reasonable doubt.

"It is hoped that the government considers this factor when considering the abolishment of the death penalty in drug cases."

Ramparkal said this was one factor to consider in the debate on the death penalty, on top of the fact that many who are sent to the gallows for drug-related offences are mules rather than kingpins, as pointed out by law professor Azmi Sharom.

"Often the ones sentenced to death are not the syndicate chiefs, but the mules.

According to Deputy Defence Minister Liew Chin Tong, a cabinet paper on the death penalty stated that as of last October, approximately 72 percent, or 932 individuals were on death row for convictions under Section 39B of the DDA.