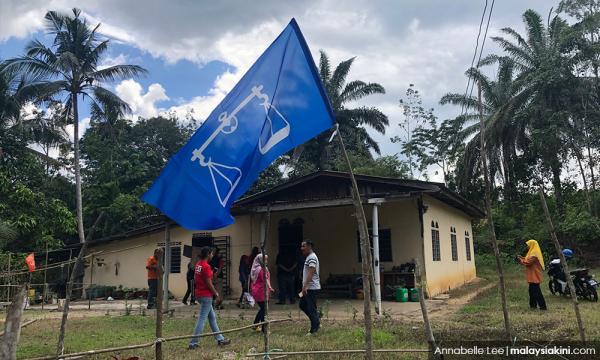 CAMERON POLLS | As one turns off the main trunk road into Kampung Keledek, motorists are greeted by a green building with PAS flags hanging from the ceiling.

Housing a convenience store and a warung, the double-storey structure also serves as the village's PAS branch office. This village has been a long-time bastion of the Islamist party and was once the centre of its operations in the Pahang interior.

During the May 9 general election, the Kampung Keledek voting district was where PAS candidate for the Cameron Highlands seat, Wan Mahadir Wan Mahmud, performed the best, bagging 60.6 percent of the votes cast.

When Malaysiakini visited the village, a strawpoll suggested that the vast majority are PAS members or supporters....