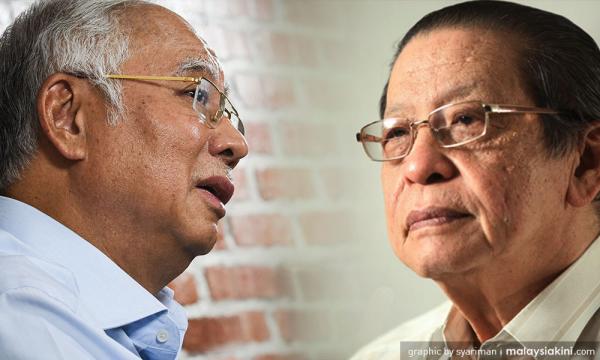 "As he will be here for four days from Thursday to Sunday, I hope he will travel the worst 'roti canai' roads and non-roads to the remote Orang Asli kampungs to see for himself how as the sixth prime minister, he has failed the Orang Asli in Camerons Highland and the country to provide the most basic of infrastructure," Lim said.

He said the terrible conditions of the roads had to be seen to be believed.

Lim had previously described roti canai roads as having substandard quality, and only a thin layer of pavement which quickly deteriorates.

Najib is set to begin campaigning for BN in Cameron Highlands today.

The Orang Asli make up over 20 percent of the electorate, and their villages have been focal campaign stops for both BN and Pakatan Harapan.

"Can Najib explain why despite his premiership and sixty years after Merdeka, Orang Asli are still deprived of the most basic of infrastructure services like clean water supply, electricity, proper roads, basic education and medical needs, and most important of all, resolution of the long-standing land rights battle of the Orang Asli?" Lim asked.

He said Harapan wants to be able to deal with the Orang Asli land rights, but is unable to do so in Pahang as land matters rest with the state government.

However, he said the Cameron Highlands by-election will be a litmus test for whether Harapan can capture Pahang in the 15th general election.