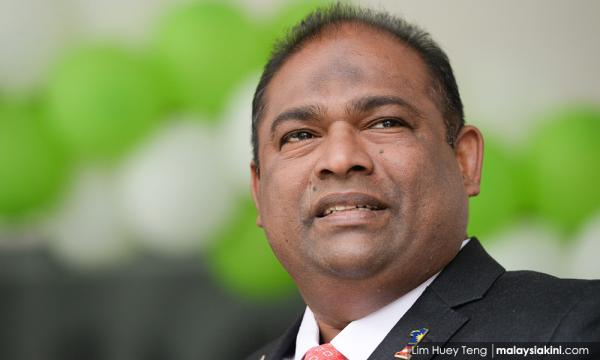 The MACC has confirmed that it arrested Baling MP Abdul Azeez Abdul Rahim, who was the former Tabung Haji chairperson.

"The MACC, after receiving consent from the Attorney-General's Chambers, today arrested Azeez and his brother Abdul Latif Abdul Rahim in relation to an investigation into corruption and money laundering," it said in a statement this evening.

It added that the duo was arrested at 4.30pm after they presented themselves at the commission's headquarters in Putrajaya for questioning.

"Both will be charged at the Kuala Lumpur sessions court at 9am on Jan 16 under the MACC Act 2009 and Anti-Money Laundering, Anti-Terrorism Financing and Proceeds of Unlawful Activities Act 2001," it said.

"It is said that he received corrupt money from many contractors who wanted to secure projects from the government," the highly-placed sources said.

Azeez was seen at the MACC headquarters in Putrajaya at 2.55pm today where he was arrested.

Previously, Azeez and his brother were detained by the MACC in September and remanded for four days.

Azeez's son was also arrested for a day in October.

On May 23, MACC had raided and seized RM500,000 in cash and RM1.2 million in various currencies from Azeez's residences.

Bernama later reported that the raids were to facilitate investigations into the appointment of contractors involving Tabung Haji projects.

The case was investigated under Section 16 of the MACC Act 2009 pertaining to soliciting or receiving gratification.