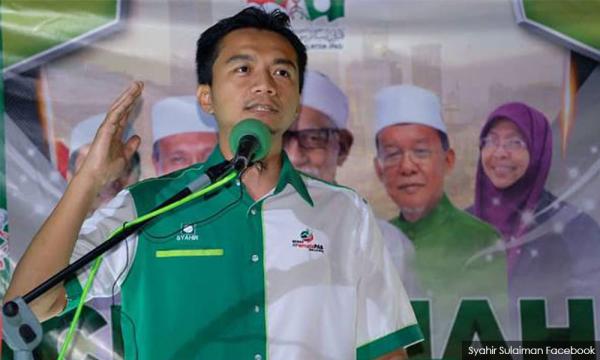 "It is true that we cannot be satisfied, but all claims must be investigated, charged and tried in accordance with the rule of law," he said.

Syahir said PAS viewed the issues in Tabung Haji seriously, but merely disagreed with the matter being discussed in the media, as it could have led to misperceptions and confusion.

On 1MDB, Syahir said Hadi had called for the establishment of a Royal Commission of Inquiry into the matter.

On Dec 10 last year, Minister in the Prime Minister's Department Mujahid Yusof Rawa confirmed reports that the Islamic pilgrimage fund had an RM4.1 billion deficit in terms of assets as of 2017, but had nevertheless continued to pay out dividends.

Rafizi had noted that a PAS delegation attended a briefing at Tabung Haji prior to the May 9 polls, and subsequently declared its financial management satisfactory.