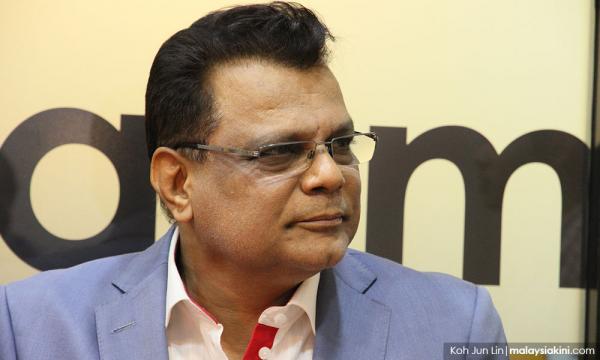 MyPPP is expected to make an announcement on whether it will be involved in the Cameron Highlands by-election tomorrow.

According to a source, the former BN component will hold a supreme council meeting tomorrow to discuss its involvement in the polls, and will announce its decision thereafter.

Kayveas had lobbied hard for the Cameron Highlands seat before the 14th general election, but the BN candidacy for the seat was given to MIC's C Sivaraajh at that time.

Previously, Kayveas had said he had "not decided" whether to contest in the by-election.

PAS and PSM will be sitting out of the polls.

However, PAS had since announced that it would support an opposition candidate of its choice.

Meanwhile, Pakatan is fielding M Manogaran as its candidate.

The Pahang DAP deputy chairperson contested the seat in the 2013 and 2018 general elections and lost both times.

BN, on the other hand, has yet to announce its candidate. The seat has traditionally belonged to MIC.

MIC president S Vigneswaran has shot down rumours that he would contest the seat himself, adding that the party would announce its decision “by the first week of January.”

The Cameron Highlands by-election was triggered when the Election Court declared the seat vacant after determining that vote-buying had led to Sivarraajh’s win in GE14.

MIC did not appeal the decision, and the Election Commission later announced a by-election, setting Jan 12 as nomination day and Jan 26 as polling day.

The EC has also since disqualified Sivarraajh from contesting or voting in polls for five years.