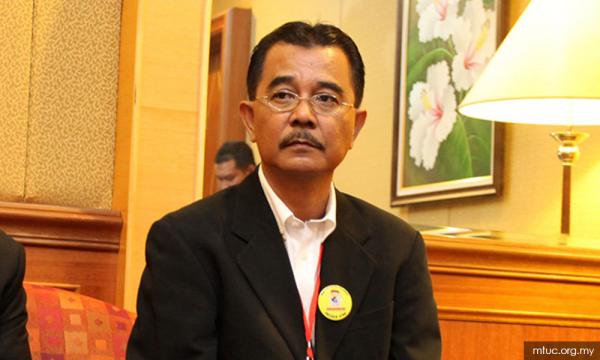 The Railwaymen's Union of Malaya has urged the new government not to be gullible when buying trains from China due to issues with similar purchases in the past.

The union also cautioned the government against employing the previous administration’s direct-tender method, which it said is against Harapan’s promise to be transparent.

Loke had described the visit as a form of "railway diplomacy” and reportedly said that China's investment into the local rail sector could result in Malaysia producing railway equipment for the South-East Asian region.

Bai Tian had said that there would be "great potential and bright prospects coming from future Malaysia-China relations".

"The presence of the China ambassador here shows that the Chinese government is relentless in persuading the new government to buy their trains through various means, notably via government-to-government.

"From the media statements made by Loke, it looks like he was keen with the company," Abdul Razak said in a statement.

Abdul Razak also revealed that the strategy has been used by the Chinese rail company to persuade the previous government to buy its Electric Locomotive (E-Loco) since 2015.

"They had offered to lend us two units of the E-Locos for two years. In 2017, they offered to supply 30 E-Locos to the government but the union and KTMB protested the purchase.

"If they were purchased, they would become white elephants. Their usage is very limited as compared to the diesel locomotive. In fact, had KTMB proceeded to buy E-Loco, it would have to upgrade the electrification system which would at least cost RM100 million," he said.

Abdul Razak claimed that the effort to sell or rent the two E-Locos to the government is still ongoing but the change of government had disrupted it.

"The transport ministry under the previous government alleged that the plan to purchase the E-Locos was linked to the concern for the environment, but they have forgotten about millions of other vehicles on the road, thus their excuse sounds illogical."

In the statement, Abdul Razak also outlined about 100 train sets which were bought from China without open tender, between 2012 and 2017.

Abdul Razak said the workers’ union did not agree with the purchase of train sets from China due to its bad track record such as Dalian Locomotive and Six-Car Set.

"They are known to have a lot of issues..other international Workers Unions had also protested."

He reminded the government, notably the transport ministry, to keep their promise to be more transparent.