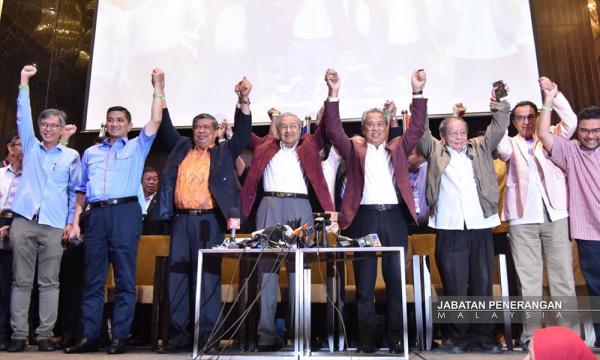 'After 20 years to topple BN, now the next 20 to rebuild Malaysia'

COMMENT | The year 2018 is the end of a long drift in Malaysian politics since 1998. After 20 years, let’s make 2019 the year that we rebuild the nation, reform the economy and restore the trust of the people for generations to come.

I wish everyone a very Happy New Year.

For most Malaysians, their single act of putting a cross on a ballot box on May 9 changed history. For those such as Lim Kit Siang who has been working relentlessly for decades in political wilderness, 2018 is both an end and a new beginning.

I am 41 years old. Relatively young in politics, I suppose. But my entire adult life since 1998 has been devoted to finding ways to end BN’s rule. In September 1998, when we walked the streets of Kuala Lumpur in support of Anwar Ibrahim, shouting “undur, undur Mahathir”, we naively thought the government would fall the next day.

Certainly, we didn’t know it would take so long, a good 20 years, to defeat BN - with Dr Mahathir Mohamad as the prime minister, again. And, Anwar as the prime minister-in-waiting. While most cynics think that history is ironical, I choose to believe history has actually given Malaysia a rare opportunity to heal.

In hindsight, the waves of 2008 and 2013 depleted much of BN's foundations but not sufficient enough to bring it down. The end of Abdullah Badawi became the rise of kleptocrat Najib Abdul Razak.

To make matters worse, the imprisonment of Anwar on Feb 10, 2015 and the death of Nik Aziz Nik Mat on Feb 12, 2015 practically spelt the end of Pakatan Rakyat.

There was no unifying prime ministerial candidate, and PAS, after ridding itself of moderate leaders, had gone to Najib’s side.

Against noises and criticisms, I was among the minority voice who advocated realignment with Mahathir in 2016. Almost a year later, with a small group of Pakatan Harapan leaders, we worked to persuade others to imagine a Mahathir-Anwar reconciliation as well as a Mahathir premiership.

Kit Siang and Mahathir first sat together on a stage on March 4, 2016 against so much unhappiness in their respective camp. Mahathir met Anwar for the first time in 18 years at the courtroom on Sept 8, 2016.

For the stage to be set for May 9, history must credit Mahathir and Kit Siang for their extraordinary courage and foresight to realign in March 2016, and for Anwar’s magnanimity.

On a personal note, while almost everyone else won their seats in GE14, I did not. I left Yong Peng for Kuala Lumpur at 10pm on May 9. Just before 11pm, my staff at Yong Peng confirmed that we lost Ayer Hitam. I called Wee Ka Siong to concede defeat. I was not sad. Rather I was calm and composed.

At a very crucial seat negotiation on Jan 6, Ayer Hitam became a “DAP seat” fortuitously. It took a while to convince DAP top leaders to allow me to take on senior MCA leader Wee in Ayer Hitam.

To me, if Najib is still around as prime minister after GE14, I would not be interested in Malaysian politics anymore. I had given my youth to this noble cause for change. However, since I am one of the very few who believe that BN would fall, and Johor would be one of the most important battlefields to extract the most numbers of seats from BN, I want to give everything for the battle of Ayer Hitam.

I have no regrets for my move and certainly no remorse for the two decades spent on working to bring change to Malaysian politics.

I love Nelson Mandela’s words in Long Walk to Freedom when he said “but I can rest only for a moment, for with freedom comes responsibilities, and I dare not linger, for my long walk is not yet ended.”

Change on May 9 now seems easy to many. But the most important thing now is to rebuild the nation. Just as it took a good 20 years to defeat BN, with so much adversities and difficult mountains to climb, we shall have the faith, the tenacity and the perseverance to devote the next 20 to rebuild Malaysia for all Malaysians.