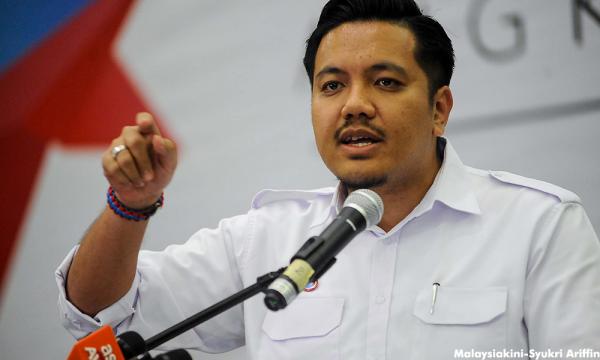 “It is an insult for us to compare what happened at the Seafield temple with the AFF Championships, as we are talking about how to break the racial walls,” the Penang exco was quoted as saying by the New Straits Times.

He was responding to DAP's Bukit Gelugor MP Ramkarpal Singh who said the demand for Minister in the Prime Minister's Department P Waythamoorthy to resign over the Seafield Temple riots last month was akin to asking Youth and Sports Minister Syed Saddiq Abdul Rahman to resign over Malaysia's defeat in the AFF Suzuki Cup final.

Syed Saddiq had joined Afif in calling for Waythamoorthy to resign.

Afif also defended Syed Saddiq, stating that his call was not necessarily going against Prime Minister Dr Mahathir Mohamad who had decided to retain Waythamoorthy.

“It is not a question of insulting a decision or not. In the new Malaysia, whatever decision made is not necessarily correct.

“So we need to be big-hearted to correct the wrong. This is what differentiates us from the previous administration,” Afif was quoted as saying.

Waythamoorthy, who is in charge of national unity, had faced criticism for making comments critical of the police shortly after the Seafield temple riots last month.

In the early hours of the investigation, police said the riot was triggered by quarrels between two Indian groups, but later clarified that it was between two groups of different races.

Critics argue that Waythamoorthy's attack on the police during a sensitive period did not help unite the people.

However, his allies said Waythamoorthy was being made a scapegoat for the riots which he was not responsible for.