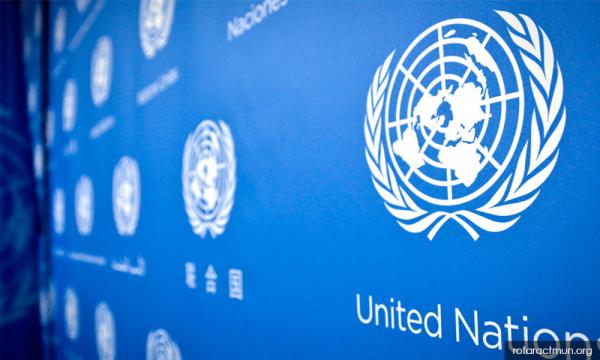 The United Nations (UN) on Friday called for a lowering of rhetoric in the Middle East and described an Israeli settler group's poster calling for the assassination of the Palestinian president "irresponsible”, China’s Xinhua News Agency reported.

"It would be up to the Israeli authorities to discuss their own response to this," said Farhan Haq, deputy UN spokesman, responding to questions about the posters in the West Bank. "From our standpoint any such threats to assassinate heads of state are irresponsible."

"What we want is for all sides to lower the rhetoric before we get to any further escalation of the situation we see on the ground over the last few days," he told reporters at a regular briefing. "We want to make sure that the climate on the ground calms down once more."

Shortly after Haq's statements were made, Riyad Mansour, permanent observer of the State of Palestine at UN headquarters, sent identical letters to UN officials calling attention to "the dangerous deterioration of the situation on the ground in the occupied Palestinian Territory, including East Jerusalem".

He said Israel "continues to act in a lawless and aggressive manner, fuelling a new cycle of violence, intensifying inflammatory rhetoric and incitement, causing more civilian casualties, including by perpetration of extrajudicial killings".

"We called on all sides to avoid any escalation," said Haq referring to a plea made earlier in the week for lowering the rhetoric. "That would include any sorts of rhetoric including rhetoric directed at any of the parties."

"We want to make sure that the climate on the ground calms down once more," he said. "We're trying to do what we can including on the ground through the efforts of Nicolay Mladenov, our special coordinator, to lower the tensions."