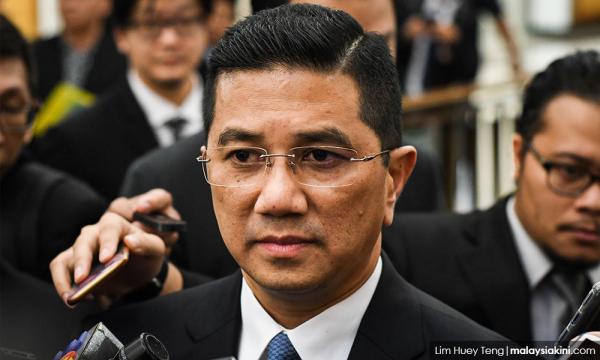 Economic Affairs Minister Mohamed Azmin Ali said today the tabling of the White Paper on Felda has been delayed until the next Dewan Rakyat sitting in March 2019.

According to Azmin, this was done on the advice of the Attorney-General's Chambers as there were pending legal matters to resolve.

"The Economic Affairs Ministry is committed to tabling a comprehensive and credible White Paper.

"The ministry has been tirelessly preparing the White Paper and the document was in the final stages of preparation prior to its scheduled tabling in Parliament on Dec 10, 2018," he said in a statement.

"However, the ministry has been advised by the Attorney-General's Chambers to reconsider the proposed tabling of the White Paper on Dec 10, 2018.

"The AGC is of the view that certain legal issues need to be resolved before the white paper can be tabled in Parliament."

Azmin added that his ministry subsequently raised the AGC's concerns with the cabinet.

"In order to ensure the integrity of the Felda White Paper, the cabinet has agreed that its tabling should be postponed to the first meeting of the second session of the 14th Parliament," he said.

Azmin said his ministry had been working closely with Felda to prepare the document in order to get an "in-depth picture of the crisis" surrounding the agency.

"A clear picture will help the Economic Affairs Ministry and the new management of Felda frame a sustainable way forward for its recovery," his statement read.