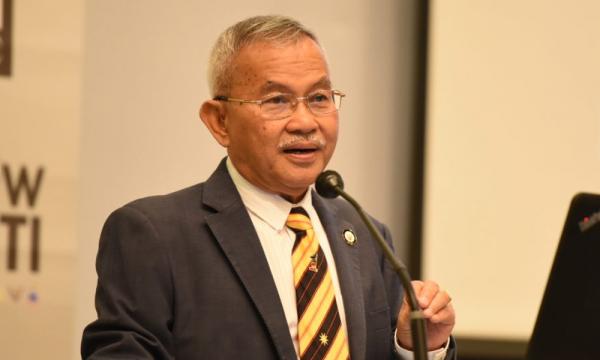 Talib said there were only wild accusations thrown on Facebook, but no official complaints have been received by the state ministry and the MACC.

"For example, there are parties and individuals accusing a few of the assemblypersons of misappropriating the RM5 million allocation given by the state government to each of them for the Rural Transformation Project (RTP).

"But this is unlikely, as the money is channelled through the Resident's Office, and the development projects implemented are also monitored by the office.

"There is no way the assemblypersons can misappropriate funds in government development projects because the tenders are open, and go through a draw," he said at an MACC event in Kuching today.

"If there is a complaint we will investigate, people can even call me on my number at 012 898 366. We shall all monitor and eradicate misappropriation of funds in government development projects together, " he added.

Meanwhile, on the issue of the rhythmic fountain project in front of Sarawak State Legislative Assembly building, Talib said the National Audit Department had investigated the matter.

He added that allegations of wrongdoing were wild accusations from DAP to undermine the image of the state government.

Earlier in his speech, he urged the MACC to cooperate in preventing corruption, as well as inculcating the culture of integrity among the people.

He said the state government would always cooperate and give full support to the MACC to ensure that the state was free from corruption and abuse of power.