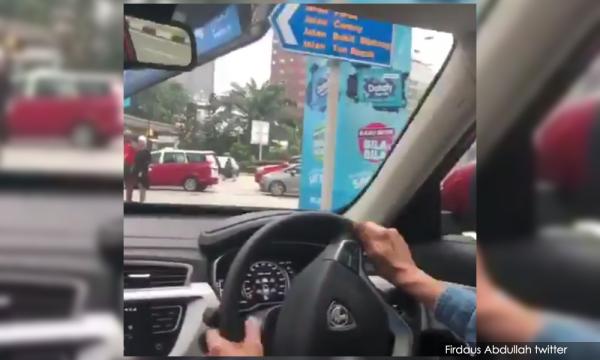 Prime Minister Dr Mahathir Mohamad drove himself around Kuala Lumpur this evening, after the rally against the International Convention on the Elimination of All Forms of Racial Discrimination (Icerd) ended.

According to blogger Firdaus Abdullah, Mahathir was driving to "see for himself the situation in the capital after the anti-Icerd rally".

Firdaus had tweeted a video of Mahathir driving a Proton, the interior of which matches the new Proton X70 SUV. The sirens from his police escorts can be heard.

The view outside the window places Mahathir near the golden triangle, driving along Jalan Sultan Ismail and then into Jalan Raja Chulan.

This is two kilometres from Dataran Merdeka, where the rally was held today.

According to sources from the Prime Minister's Office, Mahathir had driven from his house and taken a spin "around Kuala Lumpur" after the rally.

However, after backlash from Malay groups, the government announced last month that it would not ratify Icerd.

Mahathir has repeatedly said that some Icerd provisions were incompatible with Malaysia.

Earlier today at a press conference in Petaling Jaya, Mahathir had sarcastically estimated the turnout for today's rally to be a million.

Dr M: How can I attend Suhakam event when it wants Icerd?