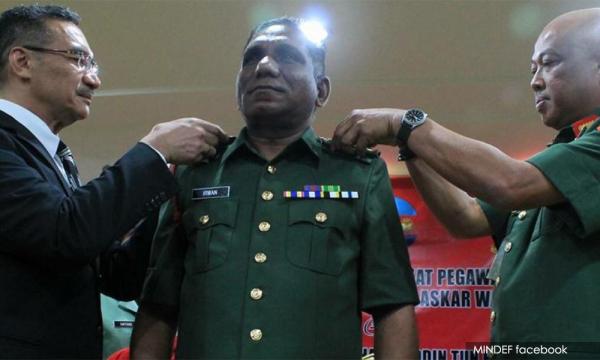 The Defence Ministry in a statement issued today said the revocation was made during the 564th Armed Forces Council meeting held on that date.

It also explained the individuals could voluntarily request for the honorary commission be cancelled for personal reasons.

“It can also be revoked when the individual no longer hold any positions which allows him to carry the title,” the statement said.

The honorary commission was given to Irwan when he was appointed Treasury secretary-general on Oct 30, 2015.