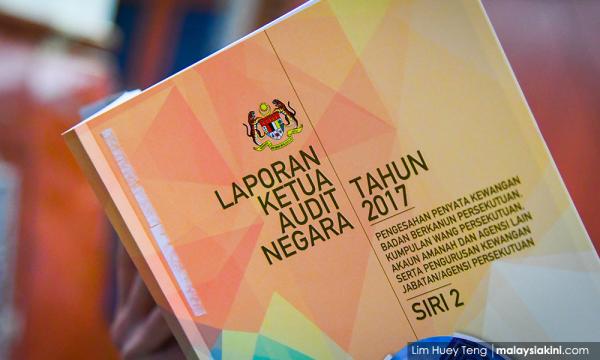 AUDIT REPORT | The previous BN government had announced the construction of 4,000 homes for second-generation settlers under the Felcra and Risda programmes without providing any funds to build them, according to the Auditor-General's Report 2017 Series 2.

The announcement was made by the prime minister Najib Abdul Razak when tabling Budget 2016 in the Dewan Rakyat.

Subsequently, the report said RM100 million each was allocated to Risda and Felcra under Budget 2017.

However, less than half of the targeted units under the programme dubbed Rumah Bina Negara (RBN) were actually constructed.

The RBN homes were intended to be purchased by second generation settlers with household incomes of under RM4,000 a month.

The report said the programme saw "weak" management, and failed to adequately help B40 income earners due to falling short of its targeted completion rate.

It said the completed units also faced other problems – such as 140 units under Felcra not being sold due to being incomplete, and 18 units under Risda that were sold but not occupied.

The 4,000 units under both Felcra and Risda were meant to be completed by 2020, with an average completion rate of 800 per year for both agencies.

The Auditor-General's Report 2017 Series 2 was tabled in the Dewan Rakyat today.