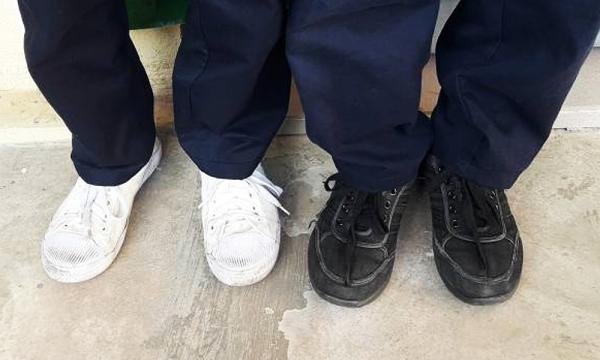 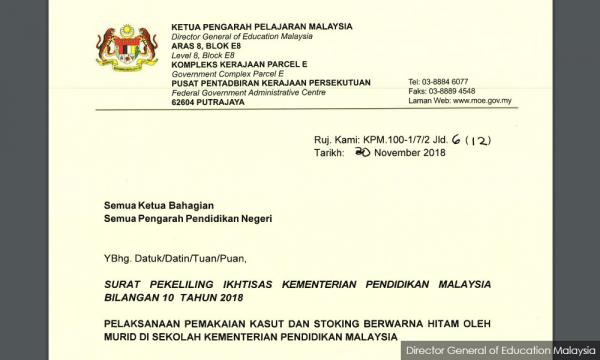 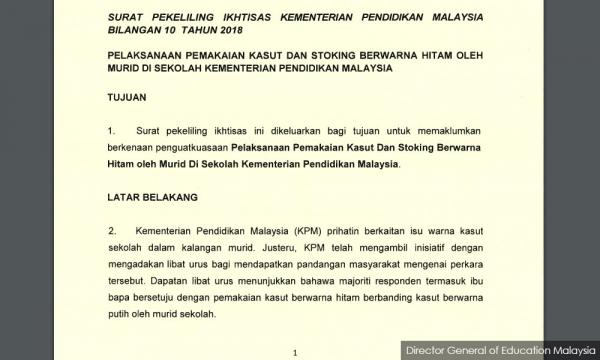 In addition to black shoes, students must sport black socks when the Education Ministry's requirement for students to wear the former is fully enforced by the year 2021, a ministry circular has stated.

In the circular disseminated to all state education department division heads, sighted by Malaysiakini, the ministry stated that its black-shoe policy, now coupled with black socks, will be rolled out in stages beginning next year.

An aide within the ministry has confirmed with Malaysiakini the authenticity of the circular.

"Shoes for primary and high school students are to be black-coloured shoes made from canvas or other synthetic materials such as nylon and polyester which possesses absorption and circulation, while taking into account comfort, safety and health.

"School students must wear socks and the socks must be black," read the circular, dated today and signed by Education Ministry director-general Amin Senin.

However, Amin reminded schools not to set any rules forcing the change as the policy will only come into full effect in 2021.

"The Education Ministry has agreed that the wearing of black shoes and socks will be implemented in stages beginning in the 2019 school session and expanded in 2020.

"During the transition period, students will be allowed to wear white shoes and socks," read the circular.

It was previously reported that only the sporting of black shoes would be made mandatory, with no mention of the policy extending to socks as well.

In its circular today, the ministry stated that the decision was reached after consulting the society, with the majority of the respondents "including parents" in favour of black school shoes over white.

Education Minister Dr Maszlee Malik's initial announcement of the planned policy proved polarising, with some defending it while others panned the move, deeming it trivial or mere cosmetic change.

The move is part of a series of initiatives the new minister announced during a forum, including providing more space for art, music and literature in the classroom, improvements for special needs schools, reducing teachers' workload and managing schools of different streams.