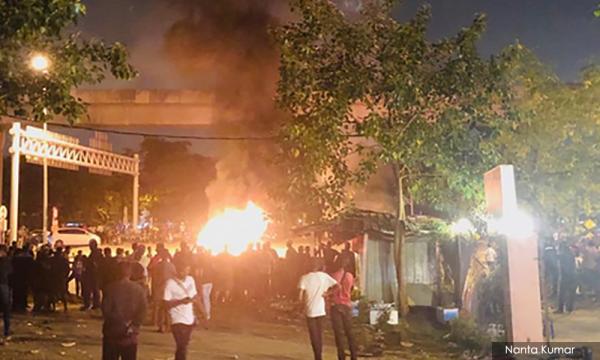 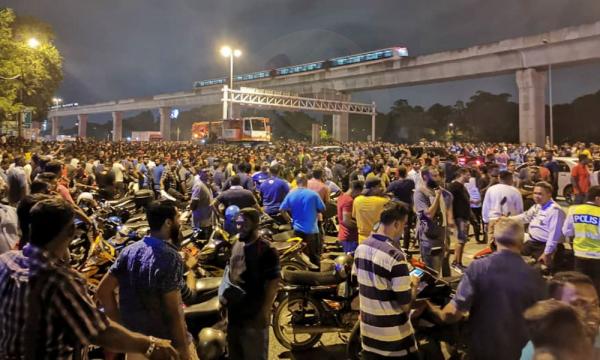 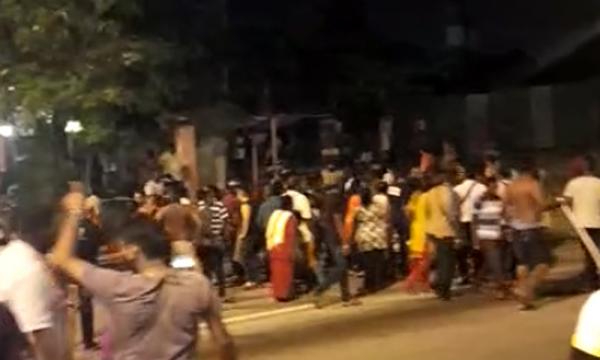 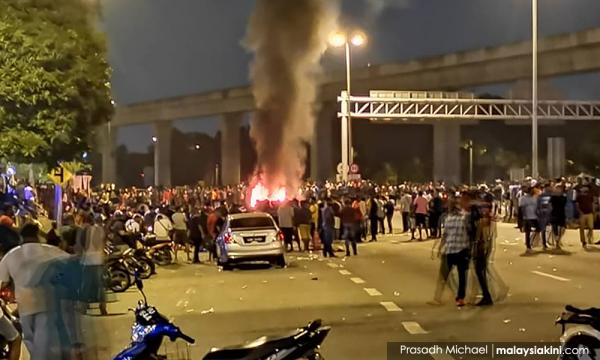 COMMENT | We refer to the reported violent criminal trespass, attacks and defiling of the Seafield Sri Maha Mariamman Temple by a group of some 200 masked gangsters on the peaceful and unarmed devotees of the 127-year old historical site.

We started receiving the first SOS phone call at 3.41am on Nov 26 – the irony being that it was just hours after the 11th anniversary of 2007 Hindraf uprising, and the 200th day of Pakatan Harapan rule.

This temple was already in existence before One City Development Sdn Bhd was established, or before their CEO or even Umno was born.

We hereby seek the protection of Prime Minister Dr Mahathir Mohamad, especially with the forthcoming rally against the International Convention on the Elimination of All Forms of Racial Discrimination (Icerd) on Dec 8.

Upon viewing the videos on social media and news portals, we are fortunate not to have had a repeat of the 2001 Kampung Medan tragedy, where incidentally, we had also written to ask for protection from Mahathir.

Why is it that in 'New Malaysia', vis-à-vis Promise 19 of Pakatan Harapan’s special commitments to the Indian Malaysian community in their election manifesto, this Hindu temple, which has roots in the country's early economic backbone – the rubber industry – is forced to go through this level of cruelty, humiliation and trauma, never experienced by Malay, Chinese, Orang Asli, Kadazan and Iban places of worship?

Especially so when Article 11 of the Federal Constitution guarantees freedom of religion, and by extension, protects this and all Hindu temples in Malaysia.

In any event, why did Selangor Menteri Besar Amirudin Shari adamantly allow this matter to escalate to this level, when the ground sentiments vis-à-vis their constitutional rights were plain and obvious?

In the general public interest, this matter could have been resolved by the stroke of the menteri besar’s pen by invoking Section 76(aa)(ii)(3) and Section 116(1)(d)(4) of the National Land Code 1965, read together with Section 3(1) of the Land Acquisition Act 1960(5) and the Local Government Act 1976, i.e., by compulsorily acquiring the said Hindu temple land and alienating the same to them irrespective of any court order.

In any event, this community temple is being used for public purposes and serves thousands of Hindus in fulfilling their spiritual needs, as all other Malaysians have. What more in recognition of their ancestors' rubber tapper forefathers, whose blood, sweat and tears laid the foundation of what Malaysia is today.

We hereby humbly appeal to the prime minister not to bow to the Umno racist agenda, and to resolve this matter in a holistic manner by ordering the granting and alienating to this temple, and also to all Hindu temples in Malaysia, permanent land titles in situ.

This is as a means to a permanent and lasting solution, as opposed to the piecemeal Harapan (and previously Umno) rhetoric currently being practised.

Let the Seafield temple be the last ever to be demolished, with 90 percent of temples in the country still being denied state land titles, and being vulnerable to a similar fate.

This will also never again give room for the likes of those calling for a crackdown on "illegal" places of worship.

P UTHAYAKUMAR is the de facto leader of Hindraf 2.0.