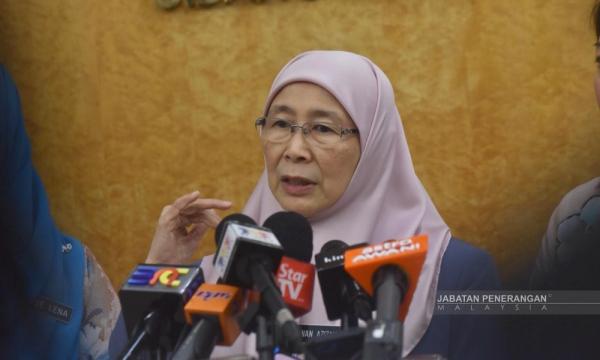 Malaysia is set to host the Third Sheikh Tamim International Anti-Corruption Excellence Award ceremony, and it is scheduled to be held in Putrajaya next month.

Wan Azizah said the Emir of Qatar Sheikh Tamim bin Hamad Al Thani himself would be handing out the awards to winners from all over the world, and he would also be holding a working visit to Malaysia.

"Malaysia was chosen because Qatar views Malaysia as an exemplary country in terms of good governance, and they have noted the government's efforts to combat corruption," she told a press conference with Malaysian media in Doha yesterday.

Wan Azizah, who is on a three-day official visit to Qatar, yesterday had an audience with the Emir of Qatar, and paid courtesy calls on Qatar's Prime Minister Sheikh Abdullah bin Nasser bin Khalifa Al Thani who is also home minister, as well as Minister of Administrative Development , Labour and Social Affairs Yousif bin Mohammed Al Othman Fakhro.

She said various matters were discussed in the three meetings, covering aspects of bilateral relations and cooperation as well as other issues of mutual interest.

During her audience with the Emir of Qatar, Wan Azizah said she expressed her desire for both sides to further enhance economic, trade and investment cooperation and exchange views on the problems of unity among Muslims and the Palestinian and Rohingya issues.

"I have also informed that Malaysia has a wide range of goods, including quality cement supplies, that can be exported to Qatar," she said.

She said Malaysia also had great potential in the medical tourism industry and suggested that Qatarians needing treatment abroad opted for Malaysia for that purpose.

As for economic cooperation, Wan Azizah said Malaysia and Qatar would discuss more on the proposal to hold a second Joint Trade Committee (JTC) meeting in Kuala Lumpur next year.

"This is because it has been too long since the first JTC meeting was held in Doha in 2009," she said.

"I have suggested to him that Malaysia and Qatar exchange experiences and expertise in those areas.

"We also talked about the approach taken by both countries on child care issues," she added.