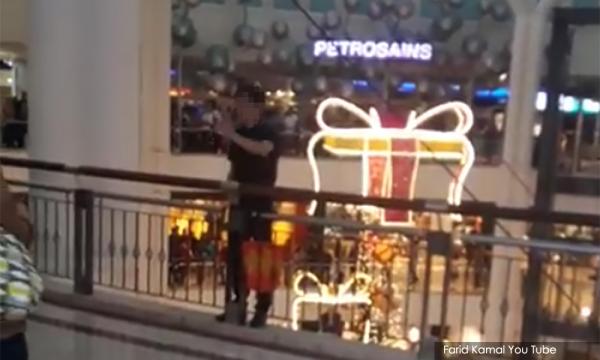 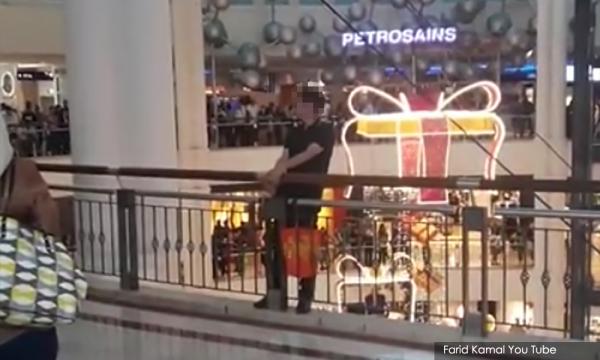 Shoppers at Suria KLCC were shocked when they saw a man threatening to jump from the sixth floor of the shopping centre here today.

In the 5pm incident, the man, in his 40s, stood at the edge of the main corridor barrier and threatened to jump if anyone went near him.

He even stood on one leg and held the railing with one hand whenever anyone tried to persuade him.

After more than two hours, over 10 safety personnel from the fire brigade and police managed to talked him out of it, earning a huge cheer from more than 1,000 shoppers in the mall.

A shopper, identified as Adeq, 35, said she was surprised when she saw the man threatening to jump from the top floor of the shopping complex.

“My family and I came from Senawang, Negeri Sembilan, to buy some necessities but everything was put on hold because of the incident.

“We can’t go to the store area because it is being guarded by the security team,” she told Bernama.