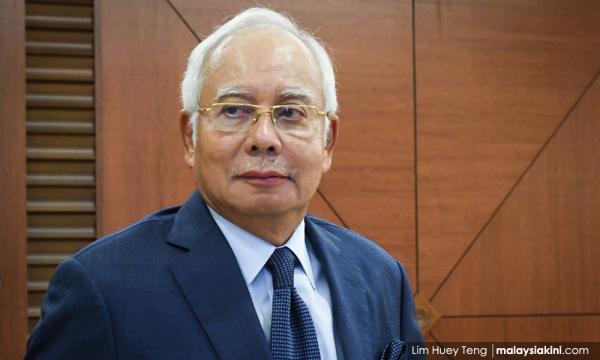 The auditor-general's report on 1MDB in 2016 was "amended" on the instructions of the prime minister Najib Abdul Razak, according to Utusan Malaysia.

Citing sources, the Umno-owned daily reported that the amendments involved the removal of information regarding Najib and Jho Low's involvement in 1MDB.

"The amendments, according to the source, were understood to have been made during a meeting at the prime minister's office," read the report.

Several top civil servants were allegedly at the meeting.

Malaysiakini has sought a response to this allegation from Najib's office.

The matter was first raised by Ipoh Timur MP Wong Kah Woh during the Dewan Rakyat proceeding late last month. However, Wong, who was also the Public Accounts Committee deputy head, was light on details.

Following this, then auditor-general Ambrin Buang denied Wong's allegation that the report was "tampered" with.

Yesterday, Najib told Sinar Harian in an interview that his administration might have been cheated by Low, based on information that is available now.

Najib's administration had long maintained that Low had nothing to do with 1MDB despite mounting evidence unearthed by other countries over the past few years.

It has been established that Low played a key role in securing the services of bankers Goldman Sachs to facilitate the issuing of bonds worth billions of ringgit for 1MDB.

Low is now facing money-laundering charges in Malaysia, Singapore and the US.

Najib, the former 1MDB adviser with executive powers, is currently facing money- laundering charges in Malaysia, among other charges.