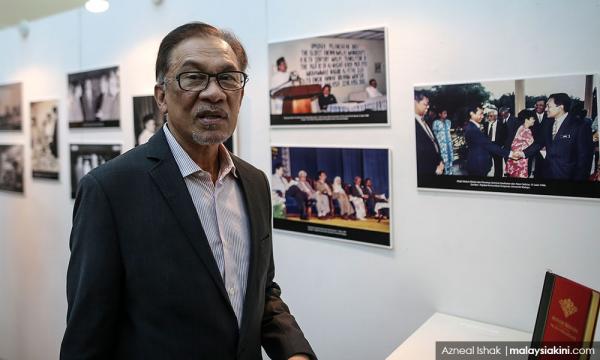 PKR president Anwar Ibrahim said Putrajaya's plan to amend the National Security Council (NSC) Act 2016, instead of repealing it, is not inconsistent with his own position.

Anwar, who has challenged the law in court, said the importance was on the final form the law would take after amendment.

"We have to see the specific provisions to be amended.

"I don't think it is inconsistent (with my position). I say repeal or amend to make the position tenable in law," he told journalists today after an event at Universiti Malaya in Kuala Lumpur.

On Wednesday, Deputy Minister in the Prime Minister's Department Hanipa Maidin said the government is mulling to amend instead of abolishing the NSC Act.

This was despite Pakatan Harapan pledging to repeal the law in its manifesto for the 14th general election.

Prime Minister Dr Mahathir Mohamad later said the government was weighing feedback and would only make its decision after a study.

Anwar had challenged the constitutionality of the NSC Act in the Federal Court and the case will be heard on Feb 27 next year.

The NSC Act in its current form allows the prime minister to declare security zones, where a curfew will be in force.

It also does away with the need for an inquest on anybody killed in a security area as a result of "operations undertaken by the security forces for the purpose of enforcing any written law".