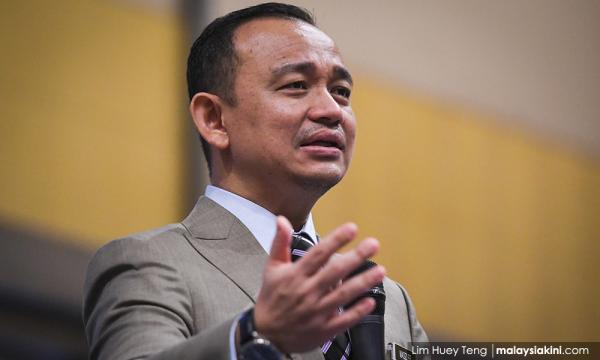 Education Minister Maszlee Malik has urged hotels to allow students to use their swimming pools.

Bernama reported Maszlee as saying that the ministry will be holding discussions with hotels to treat this as part of their corporate social responsibility programmes.

"The initial plan was to bring them to sports centres and public pools.

"We are calling on hotels to enable them to perform their CSR. We also hope that the hotels will be proactive in taking their own initiative after this announcement," he told reporters today after a water safety event in Kuala Lumpur.

It was reported last month that the Education Ministry was looking into the introduction of swimming lessons in schools.

The minister said at the time that the suggestion was mooted by Prime Minister Dr Mahathir Mohamad following a rise in drowning incidents involving students.

At today's event, Maszlee stressed that the suggestion to make hotels offer pool facilities to students is part of the Education Ministry's efforts to make more swimming pools available to schools.

He said this is because not all schools are equipped with or are located near such facilities.

Bernama also reported Maszlee as saying that the ministry had initially planned to make swimming lessons mandatory in schools, but that it would take a long time to implement with the number of schools nationwide.

In his speech, he pointed out that at present, swimming activities are conducted through associations as co-curricular activities, with students taught based on a module crafted by registered agencies.

He added that the module, which was launched today, shows the ministry's commitment to spreading awareness on water safety.