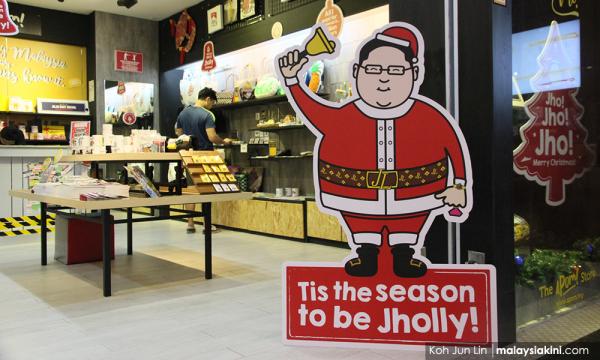 A new Santa Claus character is making waves on social media for its uncanny resemblance to a certain fugitive businessperson.

The bespectacled and stout cartoon character – dressed in either a Santa costume or in a striped prison uniform – is featured on various items sold by the retailer Apom in Bangsar...