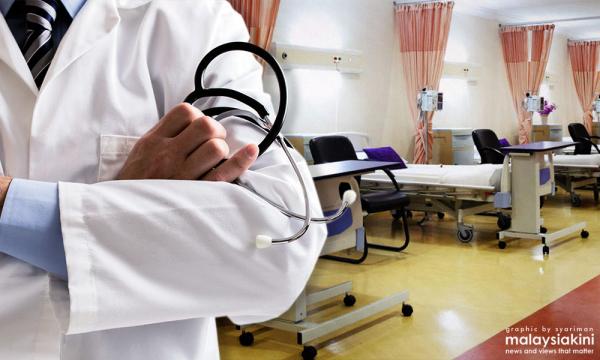 The services of a specialist doctor, who was also a department head in a Klang Valley hospital, were terminated on Wednesday following allegations of sexual misconduct.

In a statement issued today, Health Minister Dzulkefly Ahmad said the Yang di-Pertuan Agong had consented to terminating the specialist doctor’s services, effective Nov 14 and the notification letter for the termination was handed to him yesterday.

“The Special Inquiry Committee completed its investigations on Oct 23. A full report was submitted to the Public Service Department (PSD) on Oct 24 before it discussed the matter with the Attorney-General’s Chambers.

“Upon the advice of the Prime Minister’s Department, the outcome of the discussions between the PSD and the Attorney-General’s Chambers was presented to the Yang di-Pertuan Agong,” he said in a statement.

The Special Inquiry Committee was set up on Sept 24 to complement the information obtained in initial investigations conducted by the independent inquiry body into claims of sexual misconduct by a head of department in a public hospital in the Klang Valley.

The Public Services Commission had suspended the head of the orthopaedic department for two weeks beginning Sept 17 to allow for investigations to be conducted by the relevant parties including the Health Ministry.