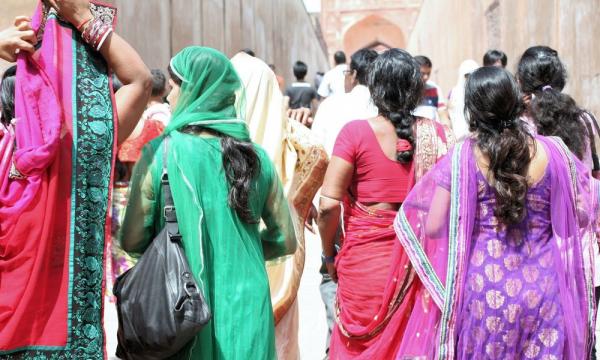 New web and phone apps in India are helping women stay safe in public spaces by making it easier for them to report harassment and get help, developers say.

Women are increasingly turning to technology to stay safe in public spaces which in turn helps the police to map "harassment prone" spots – from dimly lit roads to bus routes and street corners.

Safety is the biggest concern for women using public and private transport, according to a Thomson Reuters Foundation survey released today, as improving city access for women becomes a major focus globally.

"Women always strategise on how to access public spaces – from how to dress to what mode of transport to take, timing and whether they should travel alone or in a group," said Sameera Khan, columnist and co-author of Why Loiter? Women And Risk On Mumbai Streets.

Indian government data shows reported cases of crime against women rose by more than 80 percent between 2007 and 2016.

The fatal gang rape of a young woman on a bus in New Delhi in 2012 put the spotlight on the dangers women face in India's public spaces.

"We want to bridge the gap between the ground reality of harassment in public spaces and what is actually being reported," said Singh, a speaker at the Thomson Reuters Foundation's annual Trust Conference today.

The aim is to take the spotlight off the victim and focus on the areas where crimes are committed so action can be taken.

But apps like SafeCity, My Safetipin and Himmat (courage) promise anonymity to women reporting crimes and share data collected through the app with government agencies such as the police, municipal corporations and the transport department.

"The data has helped in many small ways," said Singh of the Red Dot Foundation.

"From getting the police to increase patrolling in an area prone to 'eve-teasing' to getting authorities to increase street lighting in dark alleys, the app is bringing change."

Police in many Indian cities, including New Delhi, Gurgaon and Chandigarh, are also encouraging women to use apps to register complaints, promising prompt action.

"Safety apps are another such strategy that could be applied by women but I worry that by giving these apps, everyone else, most importantly the state, should not abdicate its responsibility towards public safety," said Khan.