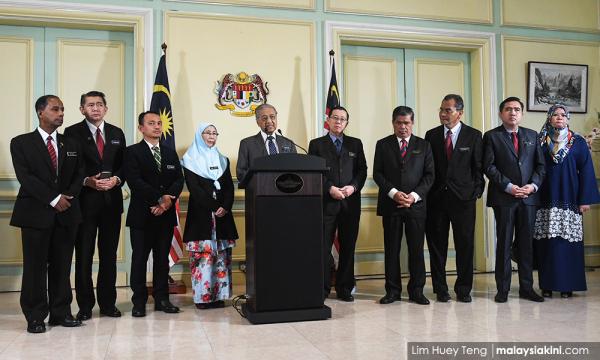 Finance Minister Lim Guan Eng has not heard of any talk that Prime Minister Dr Mahathir Mohamad plans to reshuffle the cabinet due to the apparent missteps of inexperienced ministers.

"I have not heard of this in cabinet (meetings) or internally (Pakatan Harapan's presidential council meetings). This could be mere speculation," he said.

"Even if there is any basis, finally, it is up to the prime minister to decide," he said on BFM's 'Breakfast Grille' programme.

In the interview, Lim also defended ministers and deputy ministers from Harapan and Warisan, saying that they were performing well.

"So far, I think my colleagues are doing well, as well as they can under the circumstances," he said.

Talk of a potential cabinet reshuffle first began when Harapan's prime minister-designate Anwar Ibrahim made a comeback in politics via the Port Dickson by-election.

It was said that the reshuffle would enable Anwar to get involved in the administration before taking over the premiership.

However, he later said he was in no hurry to become the prime minister.

Nevertheless, the speculation did not subside, with some ministers continuing to receive criticism for their approach to challenging issues.