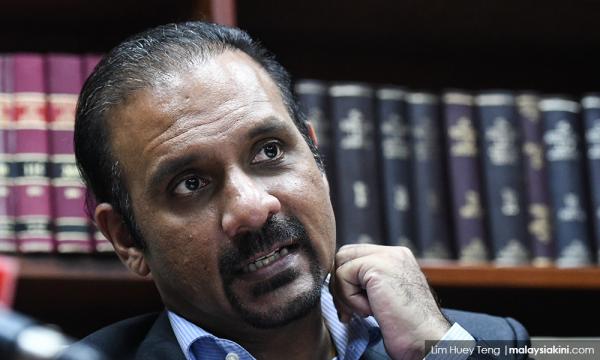 Gelugor MP Ramkarpal Singh has urged the government to retain the death penalty for “exceptional cases”.

These cases include gruesome murders such as the alleged rape-cum-murder of a nine-month-old baby and another case of child abuse resulting in the death of the three-year-old victim, he said, provided that the evidence against the accused is beyond reasonable doubt.

In a statement today, Ramkarpal said he had always advocated for the abolition of the death penalty. However, such cases have highlighted the need for the courts to be given the discretion to impose the death penalty against “the most heinous cases”.

“In such a scenario, the court would be able to consider each case based on its peculiar facts and circumstances, and if those circumstances warrant it, impose the death penalty in an appropriate case.

“Such discretion will also allow the court to consider any mitigating factors which may favour an accused in sparing him/her from the death penalty.

“It is not an easy task, no doubt, but at the same time, such gruesome murders cannot, or be seen to escape the long arm of the law,” he said.

The DAP legal bureau chief also noted that families of murder victims are concerned that the abolition of the death penalty would send the wrong signal that such crimes are not taken seriously enough.

“We cannot ignore such concerns,” he said.

Minister in the Prime Minister's Department Liew Vui Keong had said in October that the government is committed to the total abolition of the death penalty and has imposed a moratorium on all death sentences.

Once implemented, death row inmates would have their sentences commuted to imprisonment for life or at least a minimum of 30 years.

At present, there are 1,267 prisoners on death row with around 900 of them convicted for drug-related offences.

The families of several high-profile murders have held a press conference on Nov 9 to voice the objection towards the abolition, while Prime Minister Dr Mahathir Mohamad had said that their views would be taken into consideration.