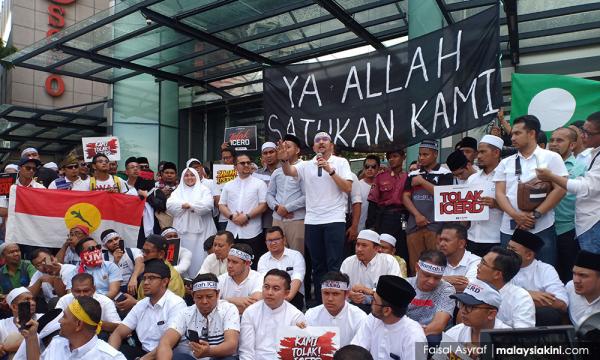 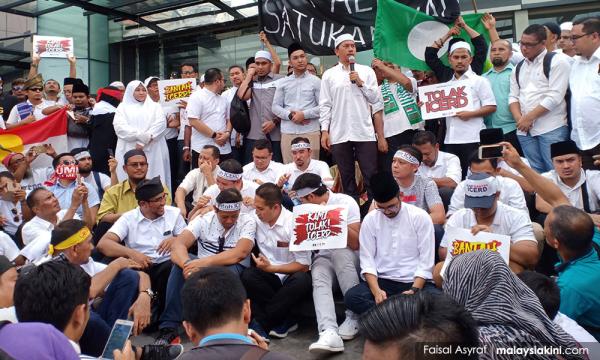 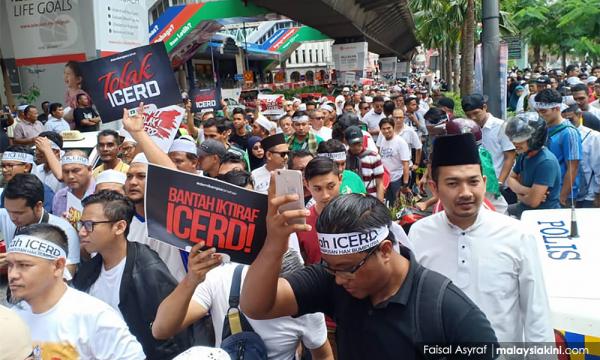 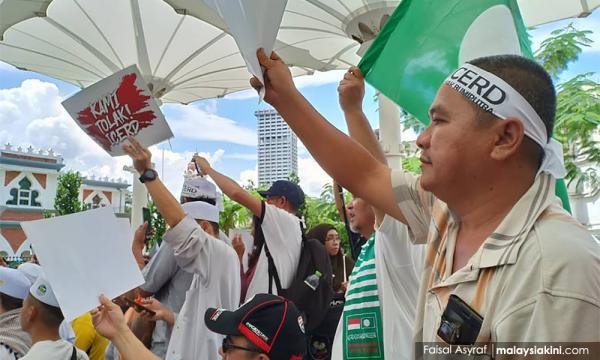 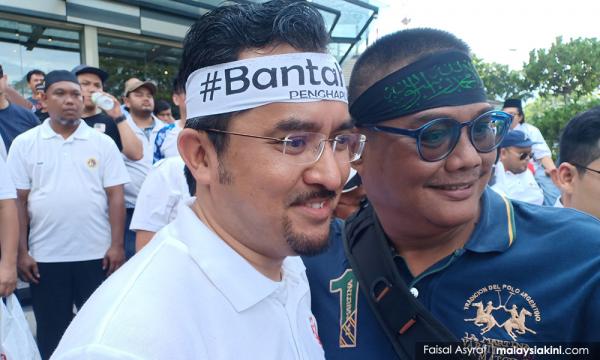 Umno and PAS youth wings are planning to stage a road-tour protest against Malaysia's commitment to ratify the UN International Convention on the Elimination of All Forms of Racial Discrimination (Icerd).

Umno Youth chief Asyraf Wajdi Dusuki said the protest at Masjid Jamek and Sogo shopping mall in the city centre today, attended by about 1,500 protesters, was only the beginning.

"We will continue the protest in other areas. Our intention is not to stir the position of other races and religions, but instead to retain the harmony among races.

"We don't want to be tied to an international regulation which actually will end up disrupting the harmony and the stability in this country," Asyraf told reporters after delivering his speech to the crowd in front of Sogo.

Co-organised by the two youth wings, the rally started at 1pm where the protesters marched from Masjid Jamek to Sogo chanting "Tolak Icerd" (Reject Icerd) and "Allahhuakhbar" (God is Great).

The crowd dispersed at about 3.30pm.

In his speech, Khalil said the opposition will continue to press the government to reject Icerd.

"Icerd was brought to the surface abruptly. We are worried about this. Not only they (Pakatan Harapan) failed to fulfil their promises such as abolishing PTPTN and tolls, but now they have brought up Icerd. We will continue to push them to reject Icerd," he said. 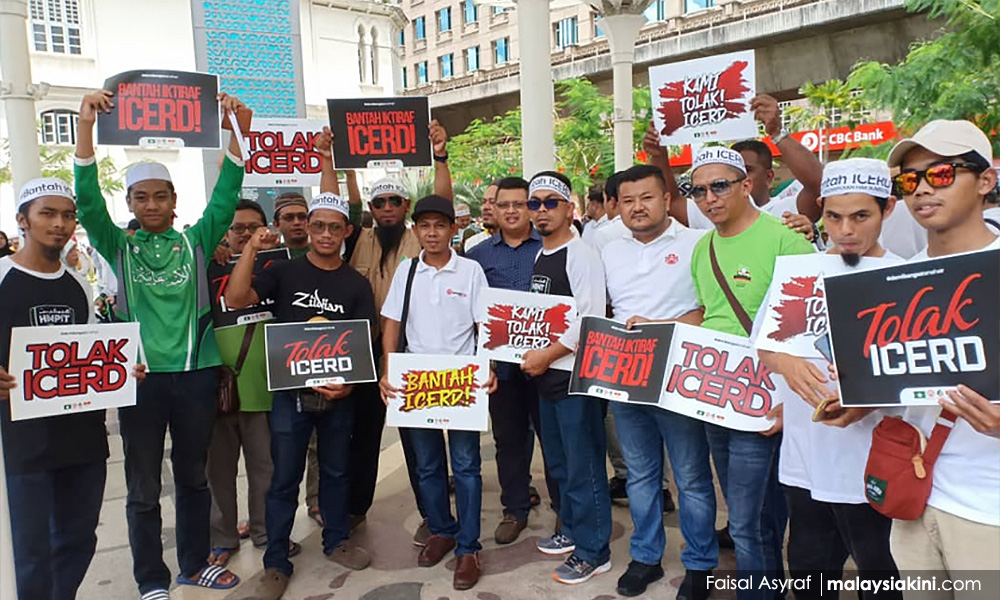 Speaking to reporters, Khalil said it appears that government was endorsing Icerd instead of looking into the high cost of living in the country.

"We reject Icerd because the constitution had already protected Islam as the official religion and the rights of the Malays. And at the same time, we do not persecute other races and religions," he said.

Khalil added that while countries like Yemen and Pakistan accepted Icerd, it shouldn't be compared to this country due to the difference in political demography.

On Oct 24, Minister in the Prime Minister’s Department P Waythamoorthy was reported to have said that the government was committed to ratifying Icerd and five other treaties on human rights as early as the first quarter of next year.

Prime Minister Dr Mahathir Mohamad had said the government would only ratify Icerd after negotiations with all the races.

This had created an uproar among several groups, including Umno Youth, which believed that Icerd contradicted the Federal Constitution in terms of bumiputera special rights and would sideline the Council of Rulers.

Meanwhile, Asyraf said he had called on the Youth and Sports Minister Syed Saddiq to expedite a dialogue on Ketuanan Melayu (Malay supremacy).

Asyraf claimed that Saddiq had responded to him, asking to hold the dialogue in December after the Parliament sitting ends, but he had asked Saddiq to expedite it.

"I have asked him to expedite the date. But he said to wait until the Parliament session ends in
December. I said why wait for the Parliament to end? We can do it sooner. So now I'm waiting for his response," he said.

Recently, the Bersatu Armada chief had agreed for a dialogue session which he had replied on Twitter in response to an invitation by Asyraf.