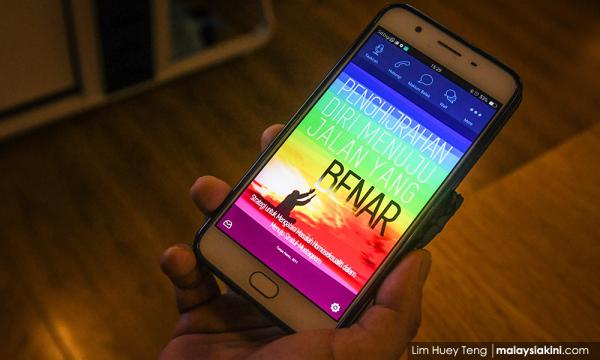 The government has published an e-book called Panduan Hijrah Diri (Guide for Rehabilitation) for the Lesbian, Gay, Bisexual and Transgender (LGBT) people to return to the right path, said Minister in the Prime Minister’s Department Mujahid Yusof Rawa.

He said the e-book could be downloaded through the Google Play Store application.

"The book Hadith Sahih Mengenai Perlakuan LGBT and leaflets on ‘Understanding LGBT from the perspective of a Muslim’ can also be downloaded,” he said in response to a question by Ahmad Zahid Hamidi (BN-Bagan Datuk) of efforts by the government to tackle the LGBT issue in the Dewan Rakyat today.

Mujahid also reiterated that the LGBT lifestyle would not be accepted in the country.

“The Malaysian Islamic Development Department (Jakim), as the Islamic agency at the federal level, has taken the initiative to help the LGBT community by organising outreach activities at identified areas and inviting the Muslims to join the treatment and rehabilitation programme carried out under the Mukhayyam programme since 2011," he said.

He said the government was also discussing with several employment agencies to get them to provide opportunities for transgenders to work by providing them with suitable jobs.