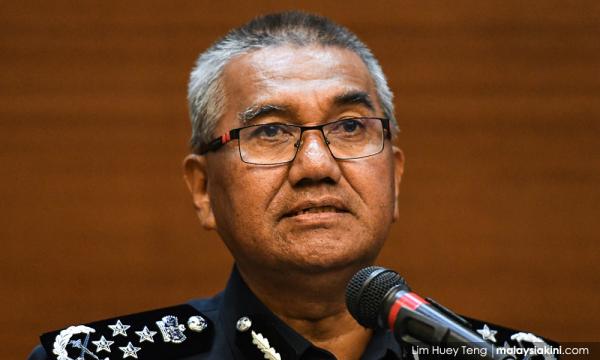 IGP: No elements of sabotage in death of French man

There are no elements of sabotage in the accident of a police van which resulted in the death of a Frenchman, suspected to be involved in Salafi Jihadi ideology, at the Sungai Buloh Hospital on Sunday.

Inspector-general of police Mohamad Fuzi Harun said the van in which Mickael Alain Louvier was travelling with several policemen went out of control when its tyre burst at KM428.3 of the North-South Expressway, Bukit Beruntung on Friday.

“Allegations that there was an element of sabotage are not true,” Mohamad Fuzi said in a press conference held after witnessing the signing ceremony of a memorandum of understanding between Bank Muamalat Berhad and Yayasan Pengaman Malaysia in Kuala Lumpur today.

Commenting further, he said the suspect was being taken in the van by the police for further questioning.

“We needed him to conduct investigations to obtain evidence and a search and other things,” he said, adding that police had solid proof that the suspect was involved in the spread of the Salafi Jihadi and Isis ideologies.

On Sept 24, the suspect was among eight men who were detained in an operations in Perlis on suspicion of taking action which jeopardised public order and safety by spreading the ideology.

Asked if the police had detected the spread of the Salafi Jihadi and Isis ideologies elsewhere besides Perlis, Mohamad Fuzi said further investigations were being conducted on this.

“The spread of the ideologies is unlawful and there is no compromise as it could pose a threat,” he said.