Sultanah Nur Zahirah of Terengganu will forge ahead with the defamation suit against Sarawak Report editor Clare Rewcastle-Brown in relation to the content of the recently launched book on the 1MDB scandal, despite a clarification by the latter.

According to media reports, the sultanah's lawyer Mohd Haaziq Pillay stated that the statement by Sarawak Report in response to a letter of demand did not amount to an apology.

“How can that be an apology? The lawsuit … at this moment, it's still going on," he told The Malay Mail, adding that a press conference to announce details of the suit would also proceed tomorrow.

It was reported that the sultanah is intending to file the defamation suit seeking an unspecified amount of damages over allegations in the book, The Sarawak Report: The Inside Story of the 1MDB Exposé which was launched earlier this month.

In a statement posted on its website yesterday, The Sarawak Report stated it was "upset by any misinterpretations" of the book.

The statement read: "With regard to the complaint by the sultana(h) of Terengganu, Sarawak Report is happy to clarify that the passage in the book The Sarawak Report does not in any way suggest that the Sultanah was 'in a conspiracy' with Jho Low or 'involved in government administration in the 1MDB affair’ or that the Sultanah was in any way personally connected with the Terengganu Investment Authority (TIA) (of which her husband was chairperson of the advisory board), let alone 1MDB.

"...We suspect this matter has been deliberately misinterpreted to the sultanah by people seeking to cause trouble and assure her that a careful reading of the short passage should make it clear there is no allegation made against anyone in the Terengganu royal family regarding the 1MDB affair, which took place after any involvement by the state ceased in that fund.

"We are sorry if she has been upset by any misinterpretations of our meaning and trust this clarifies the matter." 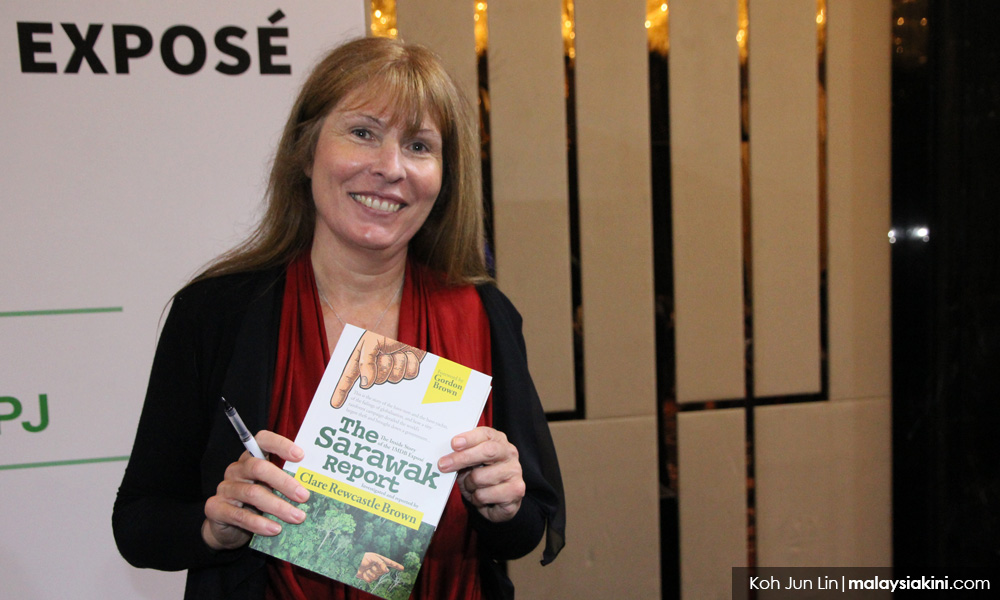 The statement came after the Mohd Haaziq's firm issued a media invite for the Saturday press conference on the suit.

Jho Low, or Low Taek Jho, is a Malaysian financier and close associate of former prime minister Najib Abdul Razak and is alleged to be the mastermind behind the purported misappropriation of billions of dollars from 1MDB, which was founded by Najib.

Low has denied any wrongdoing but is wanted by authorities of several countries, including Malaysia, to facilitate investigations into 1MDB.

On Sept 14, the Terengganu Royal Council of Regency issued a statement declaring that Sultanah Nur Zahirah was never directly or indirectly involved in any government administrative affairs and, in particular, the establishment of the TIA.

The council denied the statement made on the third page of the book which reads: “Jho was also friendly with a key player in Terengganu, the wife of the Sultan, whose acquiescence was needed to set up the fund and he later cited her support as having been crucial to his obtaining the advisory position."

"The sultanah has never at any time known or has any relationship with the ‘Jho’ mentioned in the book," the council said and further insisted that the writer of the book take appropriate measures to rectify the fact and apologise to the Terengganu sultanah for the statement.

TIA was set up as a sovereign wealth fund in 2008 and was renamed 1MDB a year later.

Rewcastle-Brown's is among various books covering the multi-billion global financial scandal linked to the beleaguered Malaysian state investment fund. Others include Billion Dollar Whale by Wall Street Journal reporters Bradley Hope and Tom Wright, as well as the upcoming 1MDB: The Scandal That Brought Down a Government, by Malaysiakini columnist P. Gunasegaram, which will be launched tomorrow.