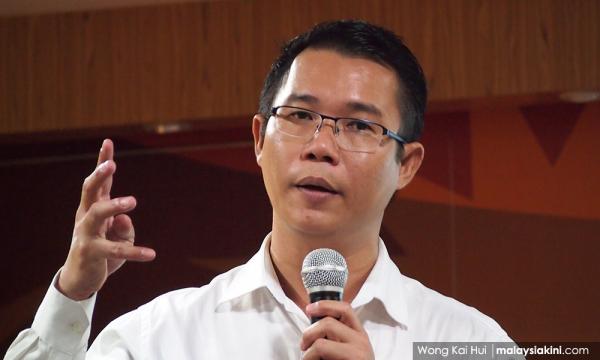 Johor exco Tan Hong Pin has come to the defence of Iskandar Puteri councillor Chan Wei Khjan, saying that he did not mean to belittle Bahasa Malaysia when issuing a letter in Chinese using the city council's letterhead.

The letter earned the ire of Johor ruler Sultan Ibrahim Sultan Iskandar, who rebuked Chan for purportedly issuing an official letter in English and Chinese but not Bahasa Malaysia, based on pictures of the letter that had gone viral social media.

Tan, the exco for local government, science, and technology, said that Chan’s letter was actually trilingual – in Bahasa Malaysia, English and Chinese – and that the photos circulating on social media do not portray the full situation.

“The official letter issued by the relevant councillor is in Bahasa Malaysia, and is attached with a bilingual (Chinese and English) language version without a reference number.

"The aim was to tell residents who may not be well versed in Malay to participate in a dialogue about a roadblock between Jalan Jaya Mas 1/2 and Jalan Silat Cetak 2.

“I uphold the position of Bahasa Malaysia as the national language.

"Following discussions with the councillor, I found that he has no intention to challenge the position of the national language,” he said in a statement today.

He also criticised those who circulated only the letter’s attachments in a bid to fan racial sentiments.

“Such irresponsible actions should be stopped immediately to preserve interracial harmony in Johor,” he said.