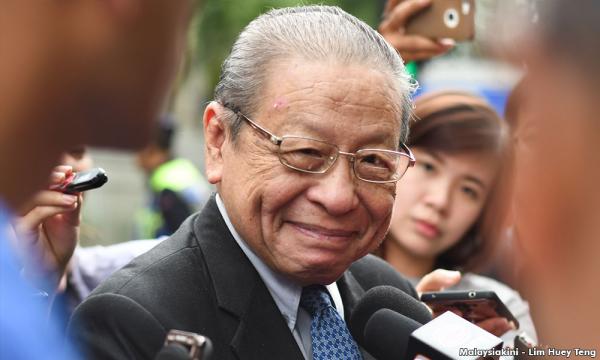 Lim Kit Siang presented a spirited declaration of a secular Malaysia in Sydney last night, while imploring a standing-room only crowd to help a country reborn to “reset its nation-building policies.”

“Malaysia is undoubtedly a secular nation” by any reading of the Federal Constitution, the 77-year-old Iskandar Puteri MP said, to thunderous applause.

The event, billed 'Looking for New Malaysia 61 Years After Merdeka', was organised by Bersih Sydney.

The DAP entourage sat on a panel that included Bersih Sydney chair Mathuri Santhi-Morgan, with the forum moderated by the organisation's secretary Jason Goh.

Both Lim and Syahredzan pointed to the first three prime ministers, Tunku Abdul Rahman, Abdul Razak Hussein and Hussein Onn, all of whom had declared that Malaysia “is not an Islamic state.”

Neither is it an “Islamic theocracy”, Lim said, although the Islamist party PAS would like to see such a theocracy – in which all legislative authority derives from one particular religion, whose leaders claim a divine right to rule – come to pass.

Earlier yesterday, Lim told this writer: “PAS actually does not believe in the Malaysian constitution, but they will never admit it. They mask their attitude to the constitution in policy.”

'The question should not arise'

Syahredzan was asked at the forum if 'New Malaysia' was finally ready to bring constitutional clarity to the ongoing 'Islamic state versus secular nation' debate. The lawyer and constitutional scholar unequivocally declared, “My answer to that question is, the question should not arise at all, ever.”

“There is no doubt in my mind that Malaysia is a secular state. A secular state is not a state that is anti-religion. Every secular nation defines secularism in its own way. 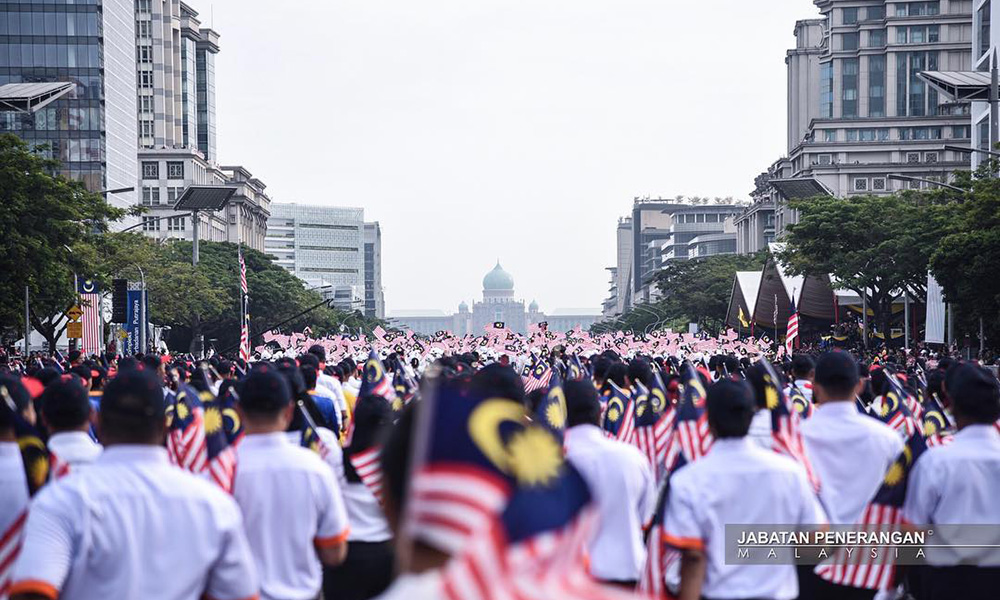 “Likewise, Malaysia’s secular status is its own brand. The spirit of the constitution clearly stands for a secular nation, in which Islam is the ‘religion of the federation’. Malaysia cannot be an Islamic state because the laws of the constitution are supreme over all other laws.”

However, said Syahredzan, “The lines are blurring between politics and religion, and the issue of the growing role of religion is a big concern of government, and even after Malaysia Baru, we are seeing more of this.”

The Pakatan Harapan government is also aware, Syahredzan said, that 60 percent of those who had voted for the new government do not want a sudden and strict separation of mosque and state.

“But now that we have more freedom to speak, we need to leave our comfort zones and begin the conversation with those who don’t agree with us.

“For instance, over the LGBT issue, we should at least agree that we should not discriminate against any people,” Syahredzan said.

“And as for the recent caning of the two women (in Terengganu), we have come as close as we can get to a government saying the laws (that led to the prosecution and caning) are wrong,” he added, referring to statements by Prime Minister Mahathir Mohamed and PM-in-waiting Anwar Ibrahim. 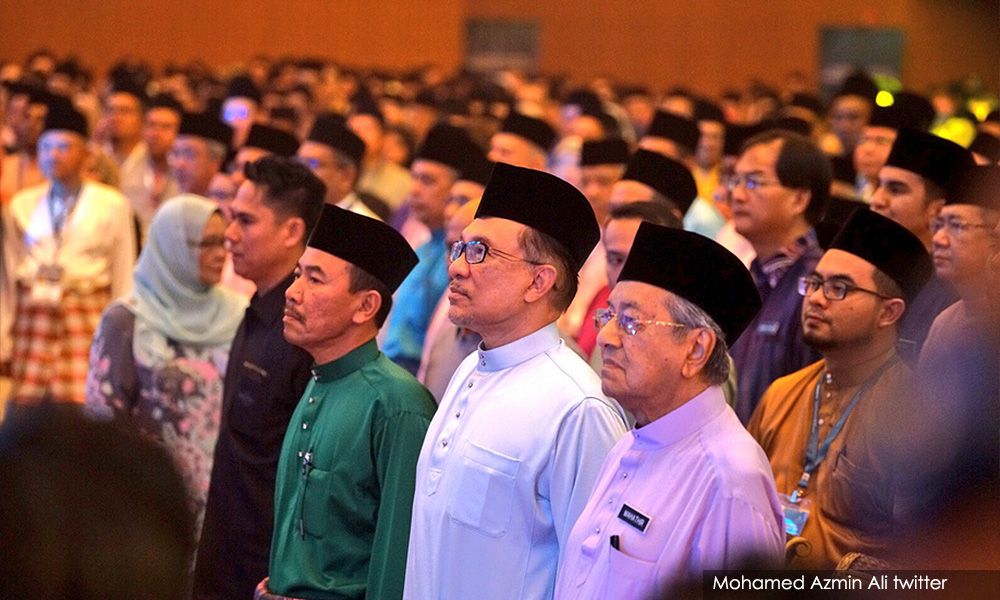 “We all have a place under the Malaysian sun. But the conversation over our differences and deep-rooted prejudices must start.

“We must recognise the unholy alliance between PAS and Umno, and pull them back from the far-right to the centre,” he added.

Lim, in a wide-ranging speech to a rapt and rapturous audience, also spoke of the days leading up to May 9 and the historic outcome of the 14th general election.

Former premier Najib Abdul Razak, he said, “not only believed he would win, he believed he could deliver a two-thirds parliamentary majority to Umno, and then walk away a free man from all the accusations involving 1MDB.”

If he thought he could lose, “he would have hatched an escape plan,” Lim said. Najib was, in a word, “delusional”.

Speaking before the event, Lim said, “If anyone had asked me whether we as the opposition could win in GE14, I would not have dared to answer in the affirmative. Of course, anything was possible.

“But when (former premier) Dr Mahathir Mohamad came in, the ground shifted.”

Lim is as firm about Mahathir’s role in GE14 as he is about the nation’s secularism: “We could not have done it without Mahathir.” 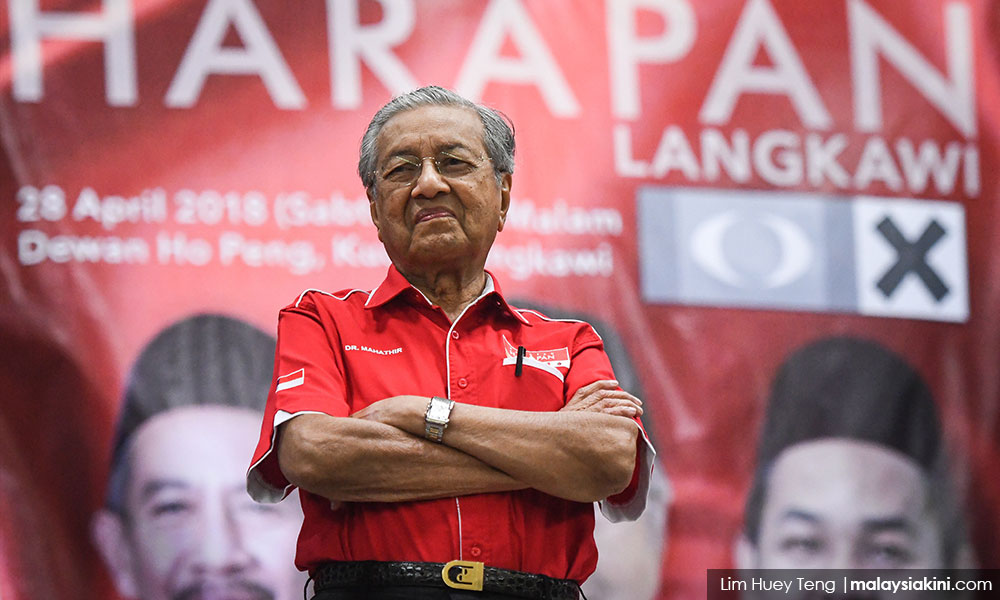 The consummate statesman in him also led him to say, “I don’t want MCA and Umno to die. I want them to be effective in their new role and contribute to the nation and the parliamentary process.

“But they have to cut the ‘umbilical cord’ to Najib and 1MDB. Otherwise, they have no credibility.”

Lim called on Malaysians everywhere, including the diaspora, to recognise the nation “has been given a second chance, to start again”.

“Don’t waste it,” he said. Following forums in Perth and Canberra, he said, “It is clear that even people who are no longer citizens still have Malaysia in their hearts, and they want to contribute.”

He recounted how a former Malaysian came up to him in Perth, hugged him and said, “I’m sorry I left.”

Lim called for a new voice in civil society that will advocate for “things that matter, the things that need changing”.

“You no longer have to listen to your government. You can speak up now, if you want a change in direction or policy. You could not do that before.”

The diaspora, with its richness of diversity and global scale, should be part of this “new voice”, he said, “and Malaysians should realise we are all now part of an inclusive government. We are no longer in opposition. We are no longer critics. We must influence”.

Lim now sees the nation in a position to lead on a global scale. “Malaysians have a real chance to fulfil the original vision of the nation’s founding fathers, to become a top, world-class nation, or in the words of Bapa Malaysia, Rahman, to be ‘a beacon of light in a disturbed and distracted world’. 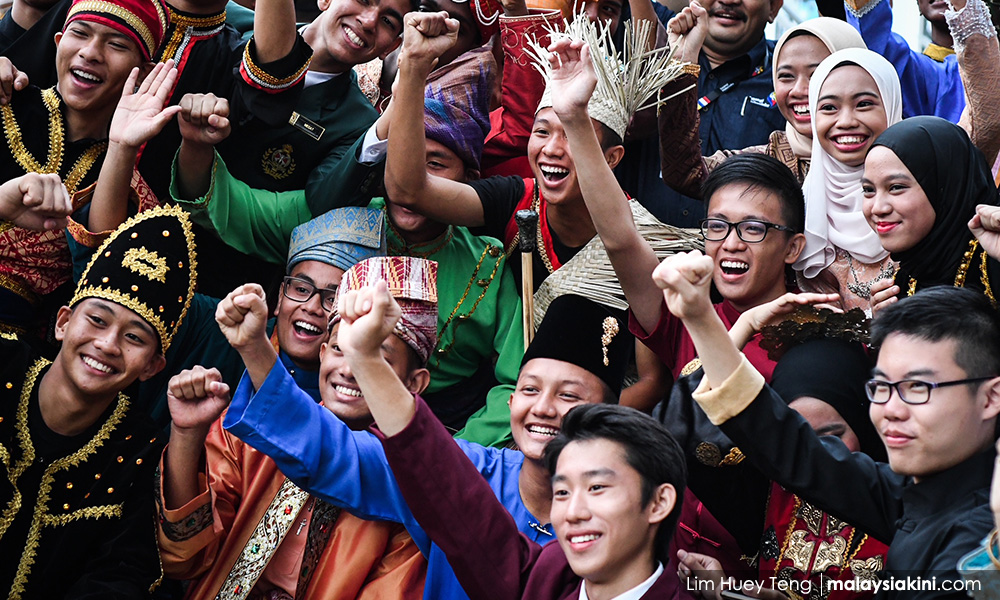 She said it was important that “Singapore and Malaysia complement each other, rather than compete, recognising the strengths we can both bring to the relationship, and moving on to make both nations benefit”.

Amarjit Kaur, a Malaysian lawyer who attended the forum, said after the event, “The speakers were able to articulate the idea we kept hearing after GE14, that Malaysians needed to reframe their approach to the issues arising from the previous administration, in a refreshing way that focused on the problem rather than the personalities involved.

“They had a very forward-looking approach, and it was their ability to reframe our thinking on the major issues facing 'New Malaysia' that was very warmly received and appreciated.”

Amarjit's thoughts on the DAP visitors to Sydney were very likely shared by the audience she was part of.

Lim and Syahredzan, both staunch constitutionalists, were refreshingly ‘big picture’ in their views, always partial to the long-term and magnanimous toward members of Malaysia’s parliamentary opposition today.

Both ‘boss’ and protégé articulated a vision for 'New Malaysia' that was at the same time brave and very considered, eschewing controversy for reason, and seasoned pleas on behalf of the middle ground.

Parliamentary newcomer Wong brought the strength of youth and fresh, alternative perspectives to at least one regional issue that has long festered.

And Lim, fighting fit at 77, humble despite his legend-in-a-lifetime status, remains the guiding light for a progressive nation, ever the venerable ‘uncle’ to generations of Malaysians – in Sydney, at least, they came together last night to celebrate a man who has always been a Malaysian for all Malaysians.

WILLIAM DE CRUZ is the former president of Global Bersih; he remains a Malaysian citizen and now works as a volunteer for Bersih Sydney.