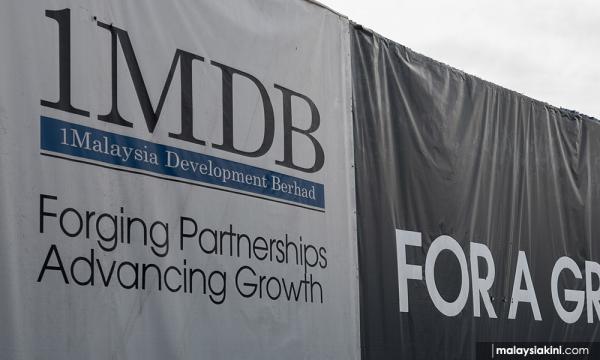 The Attorney-General's Chambers has had a "successful" meeting with prosecutors, civil recovery specialists and investigators from the US, Singapore and Switzerland who are involved in 1MDB investigations.

"The participants were conscious of the importance and urgency of cross-border cooperation and collaboration in order to combat crime committed internationally and across national borders.

"We thank the delegation from the foreign parties for their further assistance in the war against international fraud and crime," the chambers said in a statement today.

It added that the meeting would signal greater cooperation in the future.

No details about the meeting, or the outcome of the discussions, were given.

The statement comes a day after the police and MACC slapped former prime minister Najib Abdul Razak with 25 charges over 1MDB and the RM2.6 billion scandal.

Of the charges, 21 were for money laundering involving RM2.6 billion and the other four charges were for alleged abuse of power by Najib in his capacity as prime minister, finance minister and as chairperson of the 1MDB board of advisers.

Najib has claimed trial to all charges.

The US Department of Justice has played a key role in bringing to light the money trail in the alleged misappropriation of 1MDB funds, including into Najib's accounts.

Singapore, meanwhile, had between 2016 and 2017, fined eight banks for 1MDB related offences.

The Swiss government has seized funds it claimed to be illegal proceeds from 1MDB-linked transactions through its banks.