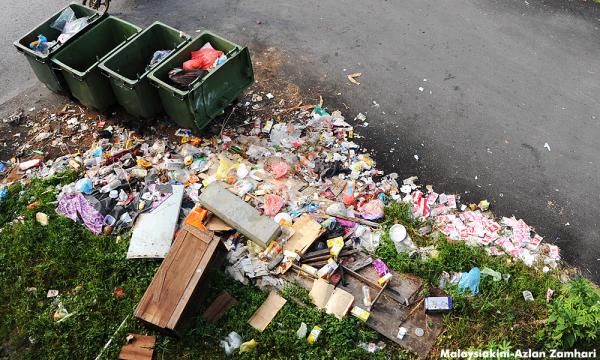 We should not be afraid to fire civil servants

ADUN SPEAKS | Don’t get me wrong. It was never in Pakatan Harapan government’s wishlist to reduce the number of civil servants. At the very least, we are not dismissing civil servants for the sake of reducing the overall size of the service.

However, four months into the administration, I have no reservations about saying that the way forward in reforming how government works is to make governance work.

It is true that Harapan was voted in as the federal government, as well as the state government in many states. It is also true that while we have changed most of the politicians we did not like, the failed governance culture is still alive among some civil servants.

From the three-month delay in Putrajaya officers’ paychecques, to the local authority’s order in removing Chinese lettering on Muar building – only to see the exco in charge addressing the issue the very next day, twice – Malaysians can’t help but recognise that while the politicians have changed, we have not completed the transformation of the government.

Strange as it may sound, the deeds of politicians are, on most occasions, less impactful in nearly every facet of citizens’ day-to-day life as compared to that of civil servants.

As a first-term assemblyperson in Ayer Keroh, in a state that has just witnessed change of government for the first time, I have lost count how many times I received calls from angry citizens complaining about poor service from civil servants – rubbish uncollected for three weeks after the general election, complaints unattended to and ignored by officers, incomplete works on tree trimming and grass cutting, etc.

I do not only refer to little Napoleons in the civil service. In fact, I did not write this statement out of a mere wish to dismiss civil servants who have sabotaged the new government for differing political alignment or any other reason.

I am addressing the larger issue we face in transforming the civil services.

It becomes a political issue if the government of the day wants to fire civil servants when most people don’t understand the reasoning behind doing so.

However, is the social impact to the society less severe when a civil servant does not perform or is ill-behaved?

I applaud Transport Minister's Anthony Loke’s swift action in taking JPJ personnel involved in graft and power abuse in issuing illegal driving licences – or 'Kopi O' licences – to task. That was a good start in tackling the corruption that has haunted Malaysians for some time now.

If a prime minister involved in corruption can be voted out, if an engineer at work who repeatedly miscalculates wrong can be penalised, if a chef who can’t cook what the customers want can be dismissed, and if a manager of a company that does not hit the budget can be reprimanded, then civil servants should be treated no differently.