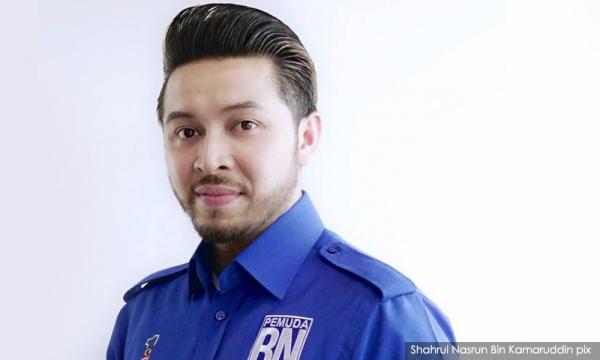 Some Umno Youth leaders believe that Umno and BN should stay out of the impending Port Dickson by-election and give PKR president-elect Anwar Ibrahim a walkover.

They believe that it would be better for Anwar to be formally part of the government because this will cause trouble in the Pakatan Harapan coalition.

Umno Youth executive committee member Shahrul Nasrun Kamaruddin said since Anwar was the incoming leader of PKR, which has the most seats on the government bench in the Dewan Rakyat, he will likely try to pull his weight.

"Think about it. Will the president of the party with the most seats in the Dewan Rakyat be just an ordinary MP? At the very least, his wife Dr Wan Azizah Wan Ismail will be asked to resign as deputy prime minister.

"This will compel Prime Minister Dr Mahathir Mohamad to appoint Anwar as his deputy to prepare him for succession.

"Give Anwar a walkover in Port Dickson. The rakyat wants to enjoy the drama that follows. Will Mahathir give way to Anwar?" Shahrul said in a statement released today.

"Give Anwar a free win in Port Dickson and clear the path for him to join the cabinet. Then, witness the next episode in the drama involving Anwar and Mahathir," Utusan Malaysia reported Nazir as saying.

Both Shahrul and Nazir said the results of the three recent by-elections showed that the current political climate was not favourable to BN and Umno, and that a forced by-election would be a wasteful endeavour.

"PKR is betraying the trust placed by voters during GE14 by forcing a by-election for Anwar and this is not the first time," said Shahrul. "If Umno and BN field a candidate, we are legitimising PKR's decision to force a by-election for just one man."

Moreover, argued Shahrul, the recent by-election results showed that Umno and BN were unlikely to win and chalking up another defeat would not bode well for them.

Nazir said the victor of the Port Dickson contest would make no difference to BN and joining the by-election would be a waste of time, money and energy to complement Anwar's ambition.

He added that public sentiment on Umno and BN has yet to change, while specifically finger-pointing at the Chinese for abandoning them.

PKR has justified this move by arguing that the party was fulfilling its promise to eventually install Anwar as Mahathir's successor.