COMMENT | A group of Australians organised a rally on last Monday night to protest the recent caning of two women in Terengganu.

The snap action to condemn the violence against the LGBTIQ community in Malaysia attracted a group of mostly non-Malaysians.

It was held in Newtown, Sydney, in response to the public caning of two women who had been convicted by a Terengganu syariah court of participating in lesbian sexual activity.

In a series of short speeches, activists from Sydney's LGBTIQ group (or 'rainbow community', in the words of one speaker) and Bersih Sydney all spoke strongly against the punishment.

One speaker framed it as an "issue of human rights that has nothing to do with any individual opinion" about the rights or wrongs of a human being's sexual preference.

The gathering included members of South Asian and Muslim LGBTIQ groups, who came forward to express their solidarity with a community now under attack in Malaysia. 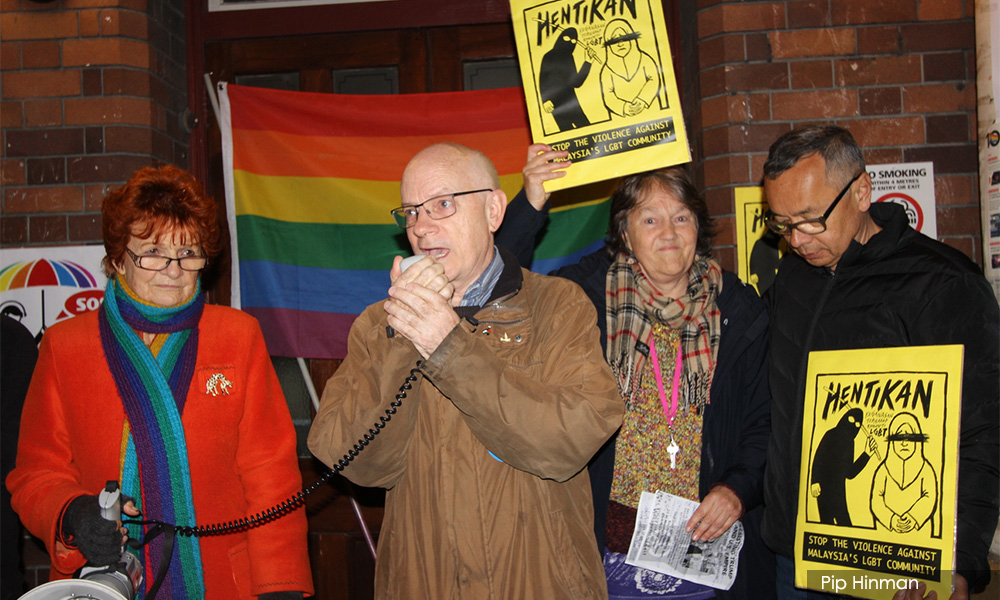 Among the speakers were Gay Egg and Peter Murphy (second from left in photo), two veterans of Australia's "Stone Wall", a reference to the violent police attack on a gay pride march in Sydney in 1978, and which has since been memorialised in the world-famous annual Gay and Lesbian Mardi Gras parade. The original Stone Wall was a US gay rights movement.

The rally was held outside the Newtown Neighbourhood Centre, which was the venue for a packed-out Malam Merdeka celebration organised by Bersih Sydney just a week before. PKR Vice-President Tian Chua was guest of honour at that Merdeka celebration.

Speakers at Monday night's event pointed out that the wider gay movement has come a long way since the Australian Stone Wall incident, and that a global acceptance of people who now identify as part of that "rainbow community" are now successfully represented in all walks of life.

India's recent judicial move to decriminalise homosexuality was a huge step in the right direction that also served as a beacon for the LGBTIQ community worldwide, the gathering was told.

Deputy Prime Minister Dr Wan Azizah was called out and roundly criticised for describing support of the LGBTIQ community as "haram".

An off-stage discussion later pointed out that such actions by politicians encourage violence against already marginalised people. This violence has already come to pass in Malaysia. 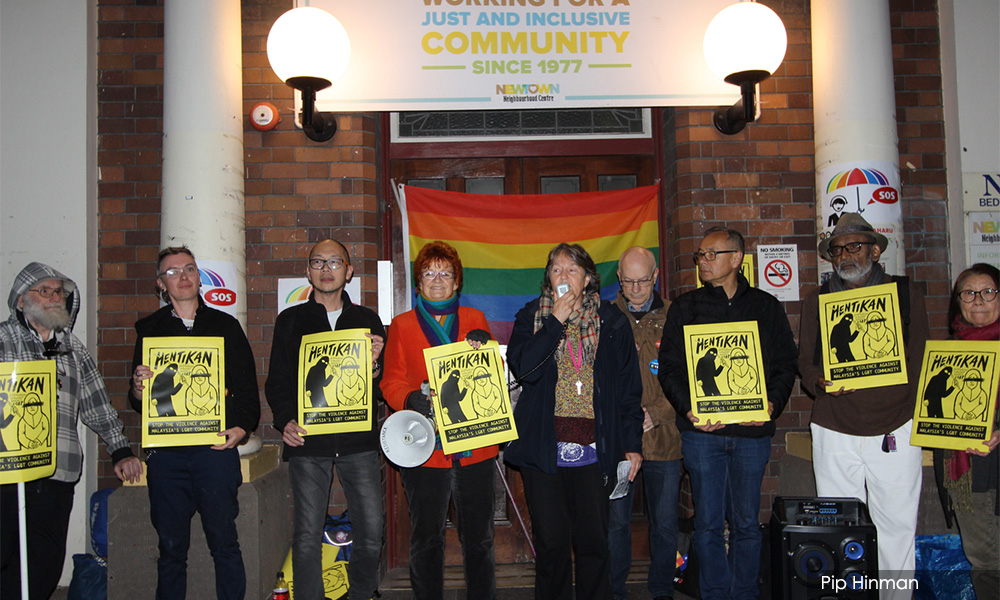 Ironically, Wan Azizah's husband, Anwar Ibrahim, has been twice convicted of homosexual acts, after prosecutions that many Malaysians and international observers considered were politically directed.

The first conviction was overturned on appeal, and Anwar was pardoned over the second conviction just days after Malaysian voters ushered in a new government at the historic May 9 polls, after 61 years of one-party rule dominated by the exclusively Malay-Muslim party, Umno.

Anwar is likely to assume the role of prime minister in Malaysia after a planned handover of power from current prime minister Dr Mahathir Mohamad. The "PM in waiting" has said publicly that, as a practising Muslim, he did not agree with the caning of the two Terengganu women.

The stark contrast in views separately held by "PM in waiting" Anwar and his wife, the current deputy prime minister, Wan Azizah, has left many Malaysians entirely bewildered.

Respected voices in the country, popular bloggers and social media have expressed frustration at the absence of coherent and cohesive leadership on the issue of caning, and the continuing acceptance of syariah laws within Malaysia's constitutionally secular environment.

The party that both Anwar and Dr Azizah belong to, Parti Keadilan Rakyat (PKR) has thus far made no move to repeal the colonial-era laws against homosexuality that were used to twice convict and jail Anwar.

WILLIAM DE CRUZ is a Malaysian Bersih activist who resides in Sydney; he was the first president of Global Bersih.