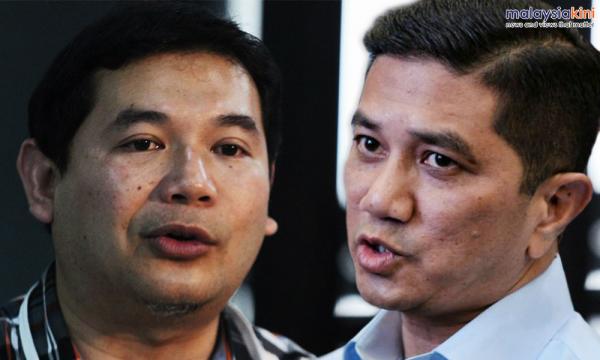 Debates should be about ideas, because politics isn't wrestling

LETTER | We all witnessed the difference in the quality of the debates between Barack Obama versus John McCain and Donald Trump versus Hilary Clinton.

Many political observers or analysts could see that Donald Trump was nothing but trouble by the way he engaged in his debate. It was purely wrestling talk, slinging language like "crooked Hilary," "Lock her up," and many more under the belt personal attacks with not much substance on policy differences.

A big proportion of the American electorate, unfortunately, bought into the Trump's divisive politicking and the country is now suffering from that fateful decision.

Malaysian politicians have long been playing those kinds of personal attack politics that Trump currently plays. It seemed like Trump had plagiarised the divisive politicking from Umno.

The day-to-day running of the country by the Trump administration is uncannily similar to Umno's. 'It was never my fault," "it's the fake news media" and "I have been misquoted" were the order of the day.

As a keen observer of Malaysian politics from overseas, I was hopeful that this kind of politicking would be gone with the historic change of the last government administration.

The personal attacks that we are witnessing in the current PKR internal election is a good indication that we are going to get similar replays of past mayhem, that we have seen in battles between Dr Mahathir Mohamad and Tengku Razaleigh Hamzah, or Mahathir and Anwar Ibrahim.

It is important that if the country is to genuinely change and move on from the mistakes of the past, the politicians of the new administration should start making an effort to avoid personal attacks to gain extra mileage.

Engaging in personal attacks only show the character of the leader – terms like "jobless Rafizi," "you were still a baby during the Reformasi era," or "podah," as Azmin was quoted as saying to G Manivanan for asking him to vacate his seat to show his loyalty to Anwar Ibrahim. These are under the belt putdowns without any serious debate on the real issues of difference between you and your opponent.

Ugly spats could descend into long-term personal bitterness, where at the end, the two opposing parties cannot work together after.

We have seen it before in the previous deadly spat between Mahathir versus Anwar, Mahathir versus Tengku Razaleigh and various PAS ulama versus progressive factions. It is ironic that PAS leaders like Abdul Hadi Awang say that they practise mature politics (politik matang) because their actions show otherwise.

Hadi was quoted as saying that he can forgive Najib and even asked him to join the party. But he seems to have not forgiven Amanah for leaving the party, nor DAP for not supporting his premiership in the muktamar that lead to the split in the party.

It is unfortunate that the jostling of the party number two position for PKR has led down to this path. Unless the top leadership resolves the matter by setting up guidelines or rules of engagement in debating policies instead of personal attacks, we will be witnessing more of these old behaviours in the so-called 'new Malaysia.'

Leaders with this kind of behaviour, in the long run, cannot lead effectively because of the divisive approach.

Politics should be the battle of ideas. If the rakyat want to see personal attacks they can see it in Wrestlemania.