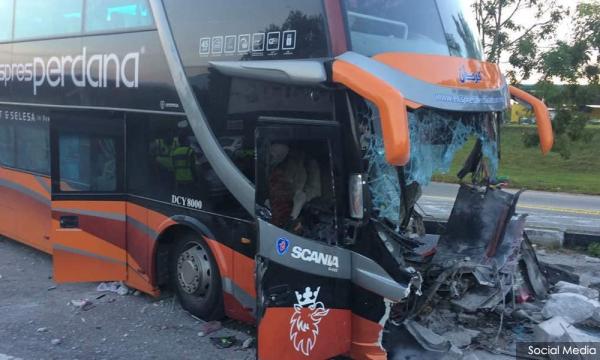 Two people were killed and 36 injured in an accident involving a double-decker express bus on the Ipoh-Lumut Highway near Batu Gajah Perdana, about 35 kilometres from here early today.

“Based on initial information, the victims who died were the bus driver and a female passenger.

“All the injured passengers were bought to the Batu Gajah Hospital,” he said when contacted.