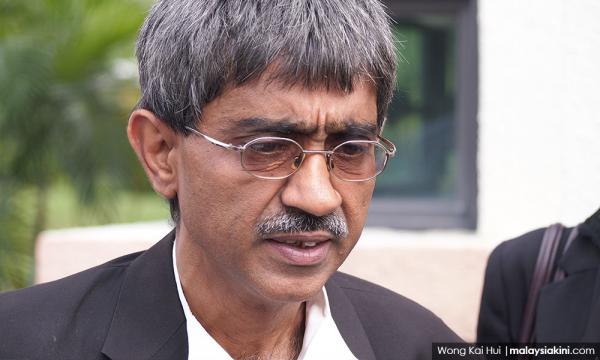 Haniff grilled on claim of judicial interference in Karpal’s case

Lawyer Mohd Haniff Khatri Abdulla was questioned by the police yesterday on his allegation that a senior judge interfered in the Karpal Singh sedition case before the Court of Appeal two years ago, to ensure a majority decision to convict the late DAP leader.

This came in relation to a police report lodged on Aug 23 by Karpal's daughter, Sangeet Kaur Deo, on the revelation made by Haniff in a Facebook posting.

Haniff said he did not reveal the name of the judge or the source of the information he obtained on the judicial interference during the two-hour questioning...