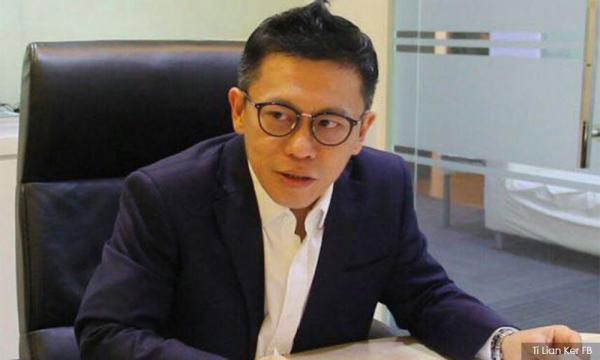 Saying the Lim of old used to "roar like a lion" on issues such as Proton and Khazanah, Ti, who is MCA publicity spokesperson, pointed out that the former along with other DAP lawmakers have now "turned lapdogs".

Ti referred to a 2012 article on Lim's blog written by philanthropist Koon Yew Yin, which stated "Proton is the price of brainless patriotism" and that the founding of Proton National Bhd in 1983 was an "expensive mistake".

"Despite grouses and unhappiness, DAP who use to roar like a lion on all issues are now reduced to without a whimper on glaring misdemeanours and non-compliance of what they used to preach.

"Where is Kit Siang's voice now when Mahathir said he wanted to do a third national car?" Ti said in a statement today.

He added that the Iskandar Puteri MP had also not revisited Harapan's pledge prior to the 14th general election that it would support the establishment of a commission to investigate all accusations against Mahathir during his tenure as prime minister.

"His deafening silence is definitely a new Kit Siang and DAP in the making now that they have tasted ministerial power. Obviously DAP and Kit Siang have now abandoned what they preached and stood for in the past," Ti said.

Hence, the senator said DAP was not capable of keeping the new government in check, as it is becoming "subservient" to Mahathir.

"Don’t talk about reforms...It seems that Kit Siang and DAP are now completely under the thumb and control of Mahathir. DAP no longer and cannot be relied on for the checks and balances that Malaysians crave any more.

"Let us MCA take over and play that role now," he said.