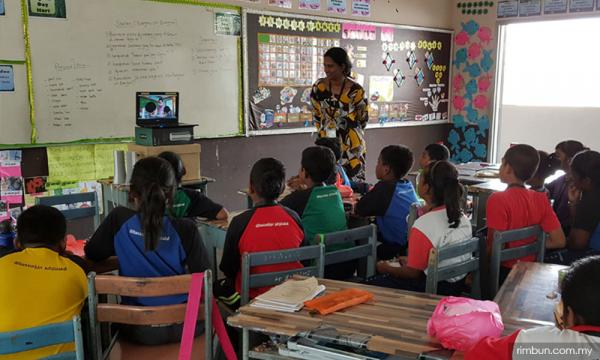 The Penang government is urging the Education Ministry to rethink its plan to convert partially aided Tamil schools into fully aided ones.

In a statement today, Penang deputy chief minister P Ramasamy said while the move may be desirable to the Indian community in terms of getting better financial aid from the government, there are concerns that the move might erode whatever limited autonomy these schools have in terms of recruiting headmasters and teachers.

He said the very fact that the Pakatan Harapan manifesto had highlighted the matter was indication of how important the conversion is.

"However, there is little or no discussion as to why the vast majority of Chinese vernacular schools in the country resist conversions.

"It is simply because the present administrative set up under the partially model provides a significant safeguard to maintain the character of the schools and not to mention in the appointment of headmasters with Chinese and vernacular qualifications.

"In the case of Tamil schools, not all of them with the partially (aided) status are in bad shape both financially and in terms of student recruitment.

"There is a general feeling in the Indian or Tamil community that conversion of partially aided ones to fully aided status might not be the best solution," Ramasamy said.

He said if the issue is funding then the government can merely increase it without altering the status.

"Whatever that was promised in the manifesto cannot be implemented blindly, there is a dire need for some study and reflection," urged the Prai assemblyperson.

Ramasamy noted that Education Ministry seem serious about the conversion move and called for it to exercise caution.

"It is not that we need to totally reject the proposed conversion but I am of the opinion that conversion might be suitable for some schools and not for others," Ramasamy said.

He expressed hope that the ministry will study the matter thoroughly before taking any decision.

"Policies and programs on vernacular education must be in keeping with changing times where identity politics seems to have gained an upper hand," Ramasamy quipped.