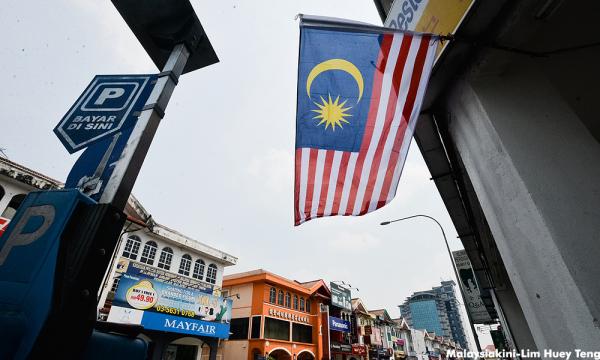 Is patriotism worth RM250?

“The flag is the simplest and cheapest symbol and for the cost of eight cigarettes, we can buy and wave the flag.”

Rais Yatim, in 2013 when he was the social affairs and cultural adviser

COMMENT | When some people say we can finally raise the Jalur Gemilang with pride after May 9, I go, huh? Why can we finally raise our national flag with pride? I suppose you could make the argument that we finally become a democracy, if the yardstick is changing governments, that is. But some would argue that the big change was merely a reshuffling of the deck.

Indeed, waving the Jalur Gemilang and patriotism go hand in hand. Except, if you’re from the LGBTQ tribe, or liberal Muslims or ‘chauvinistic’ Chinese, or ‘traitorous’ Indians, or not from the 'bangsa' Malaysia tribe (the negation of ethnicity/culture in favour of partisanship), then waving the flag or even depictions of you waving the flag means that you are promoting something which goes against the group think of the state or not wanting to spook the majority in case they have second thought about the Pakatan Harapan government.

In January of this year, I asked why would the non-Malays be patriotic to this country –

“And really, what is it the non-Malays have to defend? We have to defend our ‘success’ in Tanah Melayu. We have to defend the fact that we have to work hard because we are not beholden to a system of privilege – ideological, religious and constitutional – that enables us to think for ourselves and realise that the world does not owe us anything.

“We have to defend how we spend our wealth – too expressive in the luxuries the fruits of our labour afford us, and we are deemed un-Islamic, corrupt in our excesses, and of course, corrosive to the Malay/Muslim community.”

Please do not claim that things will not change immediately. That is not what I am saying at all. I believe that deep down inside, people know this. They know the freak show when they see it.

It never ceases to amaze me that certain types of governments always need to foster, instil, encourage or in some cases, enforce a sense of patriotism on its citizens. That is really what’s bugs me about the re-branding of the Biro Tatanegara (BTN) courses, for example. Why do people need to be reminded or taught about being patriotic to the country? I mean we know, or should know, that any kind of state propaganda is there to enforce allegiance to political parties and not democratic, independent institutions, right?