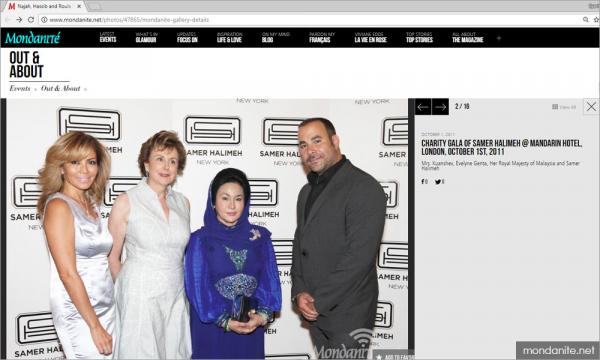 Lebanese jeweller tells how he developed a relationship with Rosmah

According to Samer's statement which the report quoted, the jeweller said his company subsequently also supplied "VIP jewellery" to various events attended by Rosmah and Najib.

He said these events took place in London and other cities.

Their relationship developed to a level where Samer was invited to the wedding of Rosmah's daughter Nooryana Najwa in 2015, said the report.

“Which is why by 2018, we trusted the relationship enough to provide Rosmah with 11.5 million pound sterling worth of jewellery on a ‘try-before-you-buy’ basis.

"I think it was ordered in anticipation of the couple winning the 2018 general election," he was quoted as saying.

Therefore, Samer said he was saddened at having to take legal action against Rosmah after the jewellery he supplied to her for viewing was seized as the Malaysian police as part of the 1MDB investigation.

“We are very upset and saddened to have to bring a legal suit and court action against Rosmah in this manner," he was quoted as saying.

Last month, Samer, through Global Royalty Trading SAL, had filed a suit against Rosmah for the recovery of around RM60 million in jewellery.

Global Royalty is one of the Samer Hailmeh New York stable of companies. 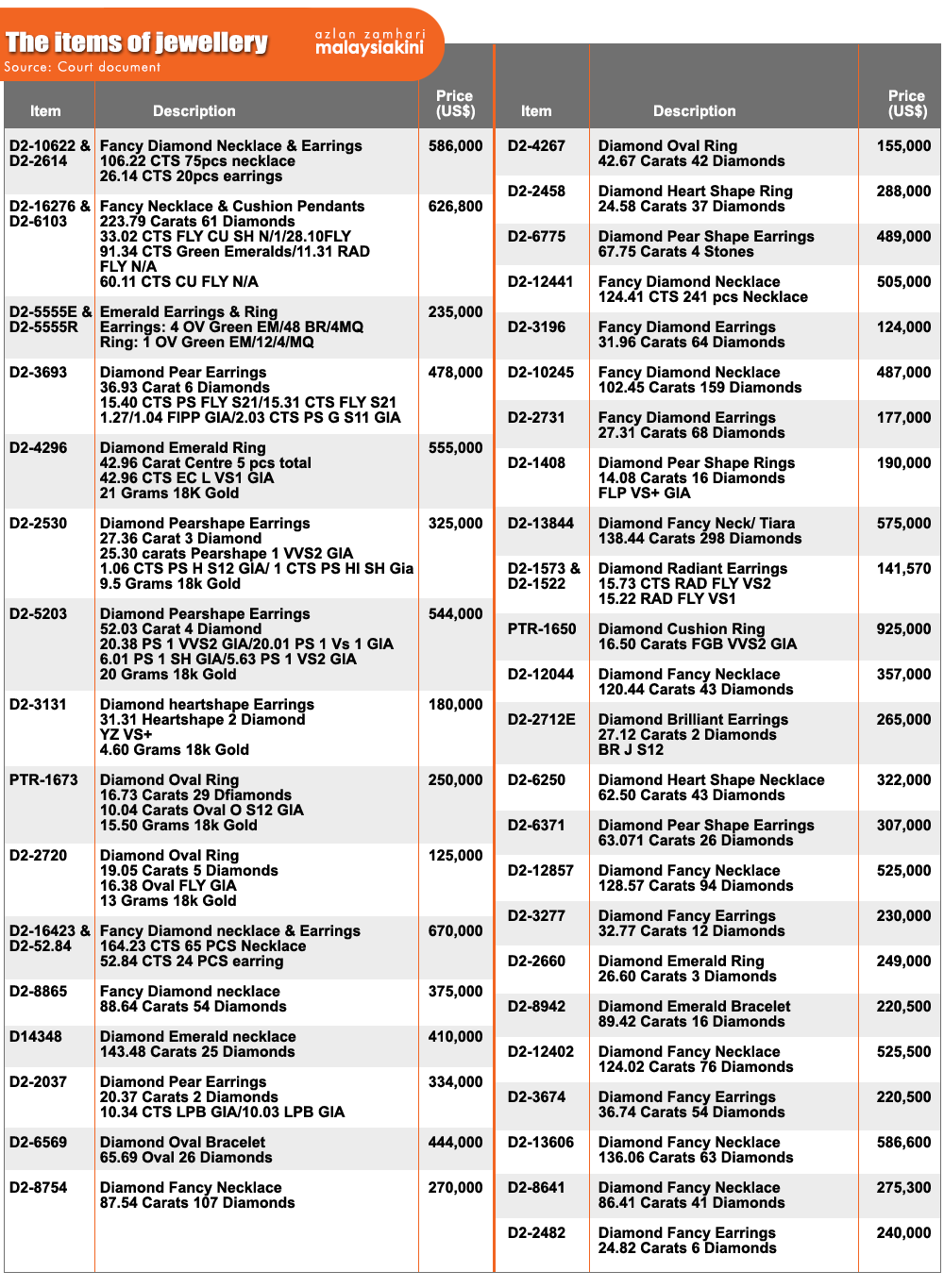