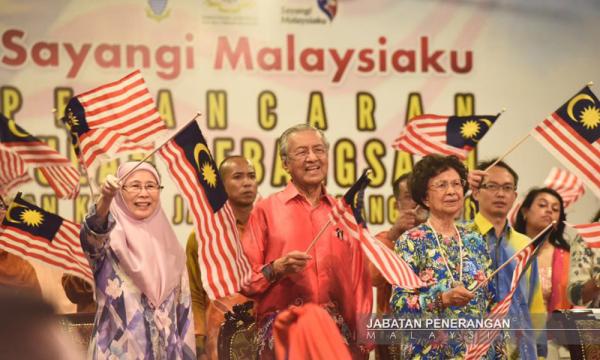 Prime Minister Dr Mahathir Mohamad has said that this year’s National Day celebration will be more meaningful as Malaysians are not only celebrating the country’s independence but also rejoicing over liberation from a kleptocratic government.

He said it was also to celebrate the victory of the people who had sacrificed and been brave in saving the country from such a government.

“It was indeed the people who liberated themselves by having the courage to go out en masse to vote, rejecting the kleptocratic government. The people were not afraid despite many obstacles and threats.

“In the end, it was an unexpected victory. Not many countries can change the government without having riots and sacrificing lives… (This is) because the sacrifices of the people were so great that the previous government had to admit defeat.

“This is what we are celebrating today, the people’s victory,” he said in his speech at the launch of the "Merdeka Month" and "Fly the Jalur Gemilang 2018" events at the Esplanade in Georgetown, Penang tonight.