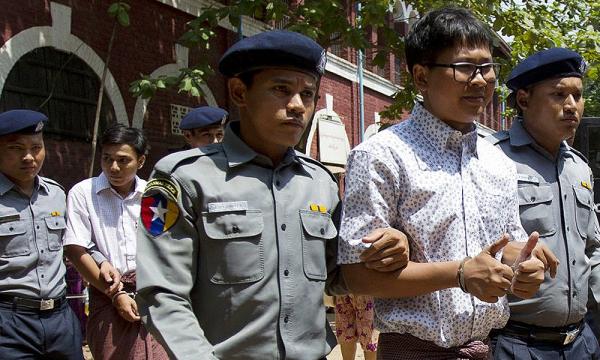 US Secretary of State Mike Pompeo has called for the immediate release of two Reuters reporters detained in Myanmar when he met the country's Foreign Minister Kyaw Tin on Saturday on the sidelines of a regional conference in Singapore, the State Department said.

“He said that they should be immediately released and expressed our concern about their ongoing detention.”

Kyaw Soe Oo and his Reuters colleague, Wa Lone, 32, are facing up to 14 years in prison in Myanmar for allegedly violating the country’s colonial-era Official Secrets Act. Both have pleaded not guilty to the charges and have told the court how they were “trapped” by police officials who planted documents on them.

At the time of their arrest in December, the journalists had been investigating the killing of 10 Rohingya Muslim men and boys in a village in western Myanmar’s Rakhine state.