COMMENT | In the span of just eight days this month, and with Global Tiger Day today, tiger parts have turned up in two raids in Malaysia.

In the first case, three tiger skins and several other parts were seized from Vietnamese poachers in Pahang. The second involved tiger parts among dozens of wildlife remains in Johor which resulted in the arrest of five Malaysians.

Every time a poaching or trafficking gang is defeated, it is a win for enforcers at the forefront in the battle against wildlife trafficking and for the rule of law. No one should be allowed to get away with or profit from the theft of endangered species.

However, the frequency at which tiger parts appear in seizures is very worrying. At last estimate, there were less than 340 Malayan tigers left in the wild, making it a globally critically endangered species, only one step away from extinction in the wild.

If all the tigers seized in July 2018 were poached from the wild, that would be four less Malayan tigers in the forests – a rate of decline the population can hardly afford, considering losses in the recent past.

Research by wildlife trade monitoring network Traffic shows that from 2000 to 2017, an equivalent of 117 tigers were seized in the country; over 80 percent (or 97 tigers) in just the last decade.

While seizures are a positive indication of preventing wildlife criminals from profiting off their crime, conviction rates and penalties meted out for illegal tiger trade are still poor.

As tiger numbers dwindle, the syndicates of poachers and traffickers that target the animal are only going to get bolder and more determined. 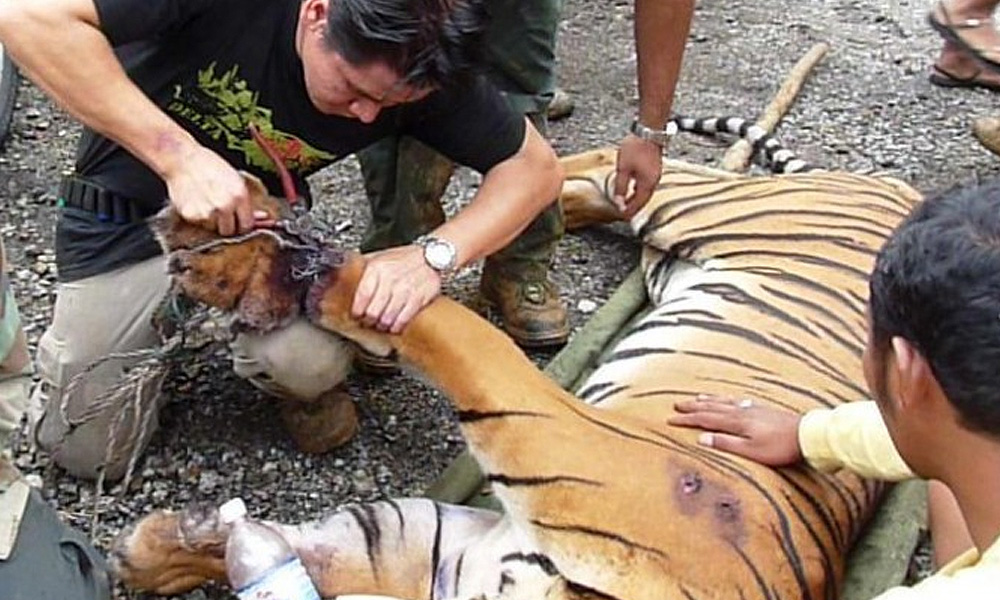 If the recent busts of heavily armed elephant poacher gangs in Malaysia are anything to go by, the persistence of those sourcing tigers is only likely to grow.

If illegal hunters with the high-powered modified firearms, bullets and explosives don’t get to the tigers, the army of poachers laying out a blanket of snares certainly will.

If tigers are to survive in Peninsular Malaysia, Traffic urges the newly installed government to invest in three major areas:

To do these, both human and financial resources of the relevant agencies must be increased to a level that is going to make a marked difference.

State governments too must do far better than they have thus far done at protecting wild places and wild tigers.

They must also own up to and reverse the policies and practices that are shrinking and fragmenting tiger habitats and giving poachers and traders easy access to forests.

A total of 340 tigers may seem plenty, but this is a conservative maximum estimate. And all could easily be lost in the blink of an eye.

And while the tiger’s dire situation could be blamed partly on legacy, there is every likelihood that the loss could be seen within the span of this administration.

If we cannot save a species as iconic as the tiger, what hope is there for lesser-known species and for the living forests that make Malaysia a natural wonder?

We are in a position today to celebrate tigers for their magnificence and presence in the country.

Let future July 29 celebrations not be a memorial for the majestic creature that once used to roam these forests.