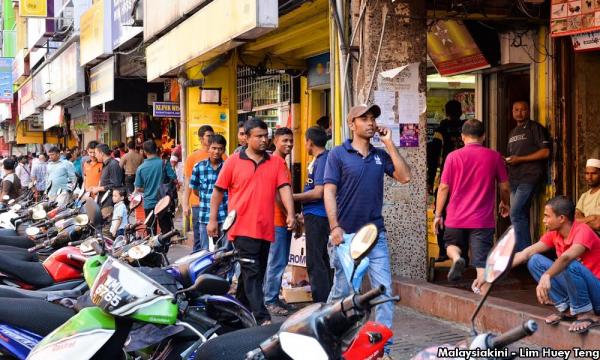 Migrant workers have been exploited for their labour and transacted for profit through a corrupt system in their recruitment which saw the perpetrators allegedly netting hundreds of millions from poor migrant workers.

In a statement, migrant rights group Tenaganita highlighted that the basic structure used to fleece migrant workers seeking work in Malaysia still seems to be well entrenched despite calls for high-level inter-departmental investigations and even for a royal commission of inquiry into the matter.

"The involvement of government-appointed monopolistic, profiteering entities like Bestinet and One Stop Centre in the issuance of work visas for migrant workers is only one of the many weaknesses plaguing the foreign worker recruitment, management policy, and practices in Malaysia.

"Deficiencies such as the role of unscrupulous rehiring agents and employers, corrupt officials, as well as convoluted processes have been repeatedly highlighted," it said.

It claimed that the Immigration Department's Ops Mega 3.0 appears to be nothing more than a pandering to the xenophobic fears of a uniformed public to garner political mileage while laying the groundwork for a new set of actors to profit from a corrupt system.

"With such extreme fees and stringent enforcement of immigration policies, it is a wonder if any of these costs borne by migrant workers are at all being channeled equitably to the protection of their labor and human rights whilst working in Malaysia."

Tenaganita urged the government to take steps to humanise the management of migrant workers and offered its help to work with relevant government agencies in reviewing existing migrant worker policies and practices involved in the registration of foreign workers.

"Unless the government begins to act decisively and fearlessly to root out every vestige of corruption, inefficiency, and xenophobia in dealing with migrant workers, Malaysia will rapidly regress into the ranks of nations that are viewed with contempt and disdain which have no moral authority to speak about human rights or human dignity," it said.